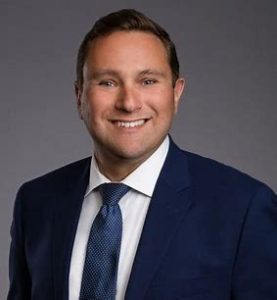 A Manitoba charity working to bring food to remote Indigenous communities says it will soon have an opportunity to get its hands on more federal funding that will allow it to get more food and support to communities that are in need, but often difficult to get to because they are so isolated.

“This really is going to be a game changer,” Harvest Manitoba president and CEO Vince Barletta said on Tuesday, while speaking to northern Indigenous leaders at the Manitoba Keewatinowi Okimakanak (MKO) Annual General Assembly. (AGM)

Barletta said that over the past few years, Harvest Manitoba has been putting more effort into finding ways to deliver food to remote and northern communities, but he also knows how difficult bringing deliveries to many of those communities can be, because of how far north many they are and because some are only accessible by air or by ice roads.

“We have worked with First Nations and northern communities all over the province and in the north, and that has really opened our eyes more and more to the logistical and financial challenges and the infrastructure challenges of getting food, and particularly fresh food and produce, to remote northern communities,” Barletta said.

Barletta said he believes Harvest Manitoba and other food bank charities looking to bring food and food security to the north will now have greater opportunities to do that work thanks to changes to a federal program that could see those charities access federal transportation subsidies to bring food to northern communities.

Barletta said those changes mean that “for the first time food banks and charities like Harvest Manitoba will now be able to avail themselves of a transportation subsidy, and that’s a huge game changer for us because the cost of freight is currently a huge obstacle to the work that we do to get food into remote First Nations.

“As a charity, we rely on our donors and we rely on the food they give us and the money they give us, so if we are able to stretch that dollar further by now having access to that Nutrition North transportation subsidy then that will be a game changer for us.”

Barletta said that Harvest Manitoba is currently in the process of applying for federal transportation subsidies through the program.

Vandal said the funding and changes to the program were made because “Indigenous and northern communities know how best to address local food security, and our government is continuing to work in partnership based on their priorities.” 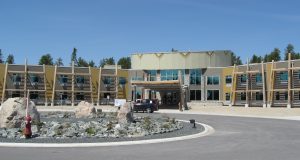