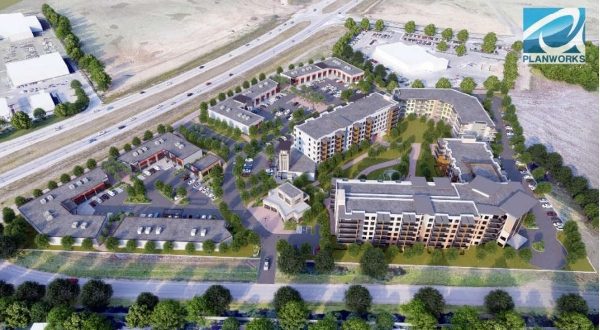 Diversifying its economic portfolio will allow Fort McKay First Nation in northern Alberta to continue to provide a full range of services and programs to members even when oil prices dip.

“When council came into office three years ago, they looked at the portfolio of the businesses that they had and it was heavily concentrated in oil, and specifically Fort McMurray. About every seven years the oil price tends to crash and with that the income to the Nation,” said Stuart Randell, director of investment for Fort McKay First Nation.

“About 60 per cent of the Nation’s annual budget comes from their businesses, and so when oil crashes, those businesses make less money and that means the Nation gets less income to pay for programs and services like education and health care,” he said.

Chief Mel Grandjamb and council have taken steps to rectify that, including with their latest venture for an urban village in St. Albert with the developer Landrex.

“This vision has been many years in the making, and we look forward to fostering our relationship with our partners to bring this vision to fruition,” said Larry Andrews, CEO, Landrex, in Fort McKay’s March edition of the Red River Current publication. “We 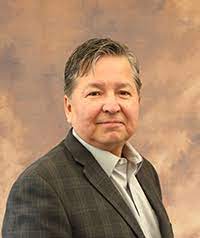 have an opportunity to work with an amazing group of people and qualified partners at the table in this exciting project that will pioneer new development in St. Albert.”

The venture is the second 50-50 partnership with Landrex.

At the end of March, a ground-breaking ceremony took place for the 3.5-acre East Pine multi-family residential complex in Beaumont, south of Edmonton. Pre-COVID, Beaumont was among the top five fastest growing cities in Canada, with industrial development outpacing housing.

Fort McKay and Landrex joined forces to take part in the Canada Mortgage and Housing Corporation’s flexible loan program, which offered a lower interest rate and longer amortization period for affordable housing. Construction is set to begin this spring or summer and will take about 18 months.

“It was a good loan program for us and at the same time you get to do this social good,” said Randell, who adds that all the units in this project will be classified as affordable housing.

The St. Albert urban village, located northwest of Edmonton, is considerably larger. It is to be built on 12.85 acres of the last infill site along St. Albert Trail.

“We have put an emphasis on the Nation’s long-term economic sustainability plan, and the urban village in St. Albert will be another huge accomplishment for the Nation,” said Grandjamb in the Red River Current.

The urban village will be developed in five phases over the next five years, with construction to begin this spring or summer. The 555,000-square-foot project will include 190 luxury rental apartments, units aimed at young professionals and units for those 55 years and older, as well as designated assisted living suites.

There will also be an amenity park along with more than 190,000 square feet of mixed-use commercial space, such as coffee shops, personal service shops, a grocery store and light retail.

“The idea is that you tie everything together so people don’t have to go too far to get the things they need,” said Randell.

At this point, he said, the partners have not made application to CMHC to apply for flexible funding to include affordable units.

He also notes that no percentage of the units have been identified for Fort McKay members. However, “if they want to live there, they can,” he said. With a final appraised value of $176 million, the St. Albert urban village will be one of the largest First Nation real estate development projects in the Edmonton area.

Real estate is only the latest diversification that Fort McKay has added to its business portfolio.

Glass Masters Auto Glass is another addition, with Fort McKay having a 40 per cent stake in the 12 locations across western Canada.

In the last few years, Randell says the First Nation has diversified by investing in an air filtration company, electrical instrumentation company and environmental service company.

He adds that chief and council are also wanting to partner with other Indigenous communities, although none of the latest ventures have included Indigenous partners. Fort McKay does have partnerships with other First Nations in the oilsands.

“Chief Grandjamb has always said that Fort McKay is very open to working with other communities. If they have investment opportunities that they would like to see partners with, we’re interested. And likewise, some opportunities that we have, we’re open to bringing partners into,” said Randell.

When this council came into office, he points out, almost 100 per cent of the Nation’s business income was due to oil.