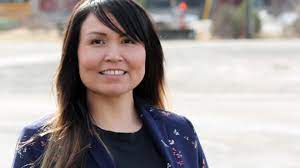 Haisla Nation Chief Councillor Crystal Smith is the latest leader from B.C. to caution Hollywood A-listers who have been calling on banks to stop financing the Coastal GasLink (CGL) pipeline project. 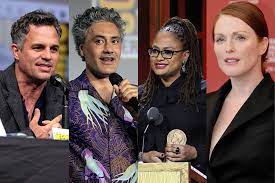 Hollywood celebrities have signed a petition organized to urge the Royal Bank of Canada to stop financing the Coastal GasLink, a gas pipeline set to cut through the Wet’suwet’en territory in northwestern British Columbia without the consent of local hereditary chiefs.
The petition, organized by Indigenous Climate Action, is signed by Mark Ruffalo, Leonardo DiCaprio, Taika Waititi, Scarlett Johansson, Jane Fonda and Robert Downey Jr., alongside many other actors, artists, athletes and musicians opposing the multibillion-dollar natural gas pipeline project.

“I wonder if the Hollywood actors calling for an end to our economic independence understand Indigenous history in Canada, and what life is like on reserves,” Smith wrote in an open letter (first published in The National Post on March 29).

“If they succeed in stopping these projects they will also be stopping the hopes and aspirations of thousands of B.C. Aboriginal people for a future free from unemployment, free from welfare, and free from hopelessness and despair,” Smith said.

Earlier this month, more than 65 Hollywood celebrities led by The Avengers actor Mark Ruffalo signed the `No More Dirty Banks’ petition and called on RBC bank to stop financing fossil fuel projects like CGL and disregarding the rights of Indigenous peoples.

Smith, who is on her second term as Haisla’s elected chief councillor, is also the Chair of the First Nations LNG Alliance promoting economic development for Indigenous communities through energy projects.

The Haisla Nation is also one of the 20 First Nations that signed off on the 67o-kilometre-long CGL pipeline that passes through their territories in northwest B.C. The pipeline is being built to deliver natural gas from the Dawson Creek area to the LNG Canada facility under construction in Kitimat on Haisla territory.

However pipeline opponents have repeatedly stressed environmental concerns of the pipeline being built under the Wedzin Kwa (Morice River), without consent from hereditary chiefs.

On March 9, Haisla, along with 16 of those First Nations also signed an option- agreement with CGL’s parent company TC Energy to become stakeholders.

“When Mark Ruffalo and Ben Stiller and other celebrities scream for banks to withhold financing for projects like Coastal GasLink, they don’t consider the harm they’re doing to our nation’s interests and our people,” Smith said. 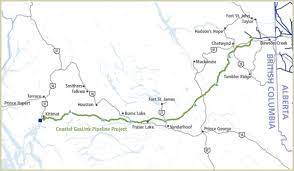 Further talking about Indigenous partnerships with projects like LNG Canada, Smith said the Haisla had a “share and a say” in this project unlike the big industry projects from 1950s and 60s in Kitimat, including the Aluminium Company of Canada (now Rio Tinto) and a pulp and paper mill which has since closed.

Smith is not the only person to call out Ruffalo and the other celebrities. Premier John Horgan expressed his disappointment over celebrity interference in British Columbia’s affairs immediately after the No More Dirty Banks campaign kicked off mid-March.

While Horgan’s office did not respond to a request for comment from Terrace Standard, he did go on to say in an interview with Global News that Ruffalo was taking shots from the sidelines, without a full understanding on the intricacies of economic development in British Columbia.

Skeena BC Liberal MLA Ellis Ross, who wrote a similar open letter chastising Leonardo DiCaprio last year on the same issue, said it is time Canadians stop beating themselves up over what foreigners say about our resource or energy development.

“The world needed our clean LNG long before this energy crisis and now they need it more than ever,” he said referring to the supply crunch brought about by the Russian invasion of Ukraine.