Nellie Cournoyea, the vice chair of the Tuktoyaktuk Community Corporation, said the funding will help find solutions to mitigate the current and future effects of climate change and get more youth involved with the project.

“The hamlet and the community have been struggling with how we solve the issue of climate change and the impact it has on the community,” Cournoyea said.

People planning on-the-land programs will be taught how to account for intergenerational trauma, suicide intervention, conflict resolution and participant aftercare, a synopsis of the project states.

Anneka Westergreen, a team member for the project, said the group looks forward to supporting those that already do “amazing on-the-land programming.”

“We’re just excited to help bridge some of those gaps for knowledge holders to be able to manage some of the stuff that comes up out there and do the healing they know how to do.”

Peggy Day, the team leader for the project, said the community has always needed a space to gather and support one another.

“That’s a vision for the community, to work together as a community, not just the Inuvialuit, not just the Gwich’in or not the other, but all together,” Day said. “Having this place central would be amazing.”

Meanwhile, the fish camp at Happy’s Landing, hosted by the Tetlit Gwich’in on the shore of the Peel River, was given $95,000 toward its planned traditional camp. Dryfish made at the camp will be shared with Gwich’in families and Elders who can’t make their own.

Groups can apply for a range of funding categories. The $1-million Arctic Inspiration Prize is augmented by five other prizes of up to $500,000 and two in the youth category of up to $100,000.

In the youth category, two organizations awarded $100,000 will host some programming in the NWT..

Treaty Talks, an on-the-land treaty education camp for youth, Elders, and community members, will be held in a to-be-determined N.W.T. community in the fall of 2022. The team is led by Jacey Firth-Hagen, who leads Gwich’in language revival campaign #SpeakGwichinToMe.

This is the second successive year in which all youth projects receiving funding have been targeted at least in part at the N.W.T. 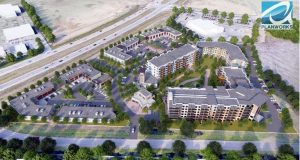