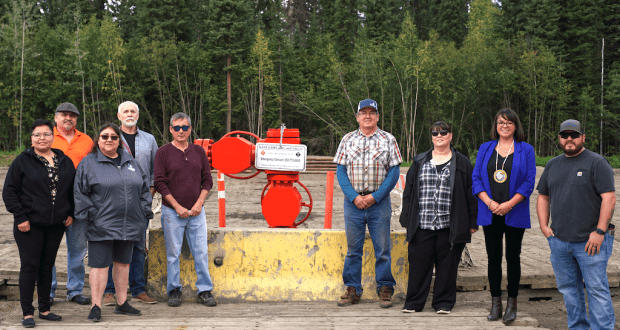 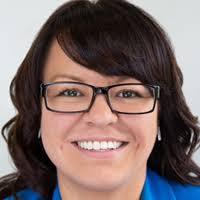 After four years of work, the drilling of two full-size geothermal wells, one from an existing gas wellhead, in the Clark Lake field is complete. Testing for temperatures, flow and water chemistry will begin this fall.

Gale is confident that testing at the Tu Deh-Kah Geothermal (TDKG) project will result in good news and a viable project as preliminary findings already indicate temperatures of at least 120 degrees Celsius.

“We’ve worked so hard to get to this point. There was just a sense of pride for what this means for future generations,” she said of the 100 per cent Indigenous owned renewable energy project. 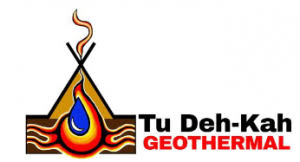 “In my eyes, I feel like this was a gift from our ancestors that we have to honour.”

The opportunities go beyond replacing gas-fired generation with geothermal energy that can heat up to 14,000 homes on the First Nation. With about half of the Nation’s 800 members living on reserve, Gale says they don’t have anywhere near that many homes, so the Nation will be able to sell energy into BC’s power grid.

The spinoff industries are numerous and Gale is already anticipating what this means for food security for her people and those further north. With the heat that comes from the ground, there are plans to build 100 greenhouses to provide fresh produce. 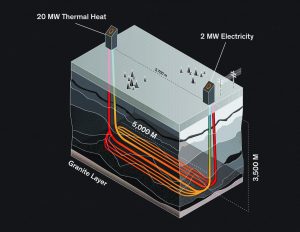 There are also possibilities from the chemicals that come from the brine produced by the geothermal process. One such chemical is lithium, which is used for batteries for electric cars and is presently experiencing a global shortage.

Gale says about one million people travel by her community each year on their way to Alaska, which is an opportunity to make the Nation a tourist stop. She said Fort Nelson First Nation could be promoted as a “smart” community with homes, buildings and roads heated by geothermal energy and a hot spring could be developed adjacent to the Nation.

“Because this gas well has been depleted and running in our territory for over 50, 60 years, it was a good opportunity to work with Geoscience BC to see what was happening under the ground,” said Gale.

It was also an opportunity for the First Nation to be partners or have equity in new projects.

The FNMPC comprises First Nation communities from across Canada and works to advance opportunities for members to obtain ownership stakes in major projects in their territories.

“I really believe in what we’re doing and the tools that we’re creating for our members to be able to realize their dreams and bring those tools back to their communities so they can build up their economic development entities,” said Gale.

As Fort Nelson First Nation pursues this geothermal project, Gale says she’s been careful not to put her community at risk financially. The project has moved forward through a variety of federal and provincial grants.

“What we will see is that when we get to the stage when we can determine if it’s viable then we will have to go for commercial financing,” she said.

To make that possible, the Nation has been working with the First Nation Financial Management Board to earn financial management system certification. That certification will deem them financially accountable and meeting international standards which will allow them to finance the project at low interest rates.

Gale says it is difficult for First Nations to access capital or federal loan guarantees and that is something she is going to work toward remedying through FNMPC.

Gale points out that the Fort Nelson First Nation territory is the size of Switzerland, expanding into Alberta and the Northwest Territories. It has three of the largest gas fields in North America and she expects at some point more gas extraction will occur and geothermal energy could power that.

“If we could (extract gas) here in a way that’s lessening our impacts from greenhouse gas emissions and selling a natural clean energy gas to the world (and) we have better environmental standards than most countries, so we’d be contributing even more,” she said.

Gale adds that when that additional extraction occurs, she hopes that Fort Nelson First Nation will have an equity stake in that work as well as be on the board of directors.

Gale doesn’t expect the TDKG to be complete until 2025.

“I think it’s really important when Indigenous people get involved in major projects that they understand there’s a lot of patience to be had with it because ? now through everything we’re doing through our stages, it’s going to take another four years just to turn that key,” she said.

And when that happens, she says all eyes will be on the Fort Nelson First Nation because geothermal energy has never been produced on this scale in Canada before.

“This is a new path forward for our community and our region.

Geothermal energy seems to be an emerging energy in Canada and it positions our people in a very good position to be renewable energy leaders,” said Gale.

She adds that the Elders have taught the Dene and Cree people that if they care for the land, which involves taking on climate change challenges, the land will take care of them.

“The vision and the dream is alive, and the hope that we have that this will really change our way of life and offer something for future generations. The hope is really alive,” said Gale.