Home » Business » Woodstock, N.B. to observe the National Day of Truth and Reconciliation

Woodstock, N.B. to observe the National Day of Truth and Reconciliation

The town of Woodstock will observe the National Day of Truth and Recreation as a statutory holiday, and the mayor and deputy mayor urge the province to do the same.

Following a committee of the whole session on Tuesday, Sept. 14, Mayor Art Slipp said council’s consensus was to recognize the national holiday on Sept. 30.

Slipp described the holiday as one of the essential recommendations of the Truth and Reconciliation Report.

“And we encourage the province to reconsider its decision,” she said.

“We continue to work with Woodstock First Nation closely,” said Slipp, “We hope this means our close relationship continues to thrive.”

He said it is vital to recognize the negative impact of residential schools and government policy on multiple generations of Indigenous families.

Slipp said the Union of Municipalities New Brunswick (UNMB) executive is also pushing the province to observe the National Day of Truth and Reconciliation.

The town announced its decision on its website Wednesday morning.

“This day will afford the opportunity for all town employees and elected officials to recognize and reflect on the history and ongoing legacy of residential schools,” the town post said. “The town encourages everyone to take even a moment on this day to honour the survivors, families and communities who continue to be affected by this tragic period in our history and consider what we each can do to help advance reconciliation with the Indigenous community.”

Speaking after Tuesday’s meeting, the mayor said that following the Sept. 30 holiday, the flags at town hall,  which have flown at half staff since the terrible discovery of unmarked graves at the former Kamloops Indian Residential School, will be raised.

Slipp said he understands raising the flags cannot erase the pain caused by the discoveries of the graves or the effects of residential schools on generations of Indigenous children.

“There will never be a sense of normal,” he said.

Slipp said council members decided to observe the day in an in-camera session because the discussion dealt with collective bargaining agreements with unionized staff. He said it is standard to discuss staff issues behind closed doors.

Woodstock became the latest New Brunswick municipality, including its biggest cities of Saint John and Moncton, to announce plans to observe the National Day of Truth and Reconciliation.

In response to a River Valley Sun question about whether the province would reconsider its decision as encouraged by Woodstock’s mayor and deputy mayor, a spokesperson for the New Brunswick Department of Aboriginal Affairs provided a statement from Premer Blaine Higgs.

“The provincial government acknowledges the importance of our relationship with First Nations peoples and the painful parts of our history, which we are working to move beyond together. We are committed to identifying ways to acknowledge Sept. 30 as a day of recognition,” the premier said. “In solidarity with Indigenous peoples across Canada, we urge all New Brunswickers to wear orange to honour the Indigenous children who were taken from their families and to be reminded of their continuing strength and resilience.”

Higgs said the provincial government encourages everyone to use this day to consider what each individual can do to advance reconciliation and help to create a better, more inclusive province.

He said while New Brunswick would observe Sept. 30, it would not be a statutory holiday. 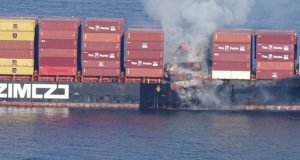 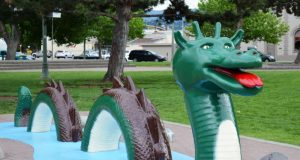 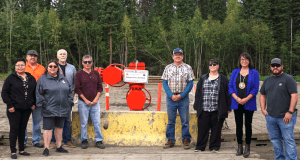