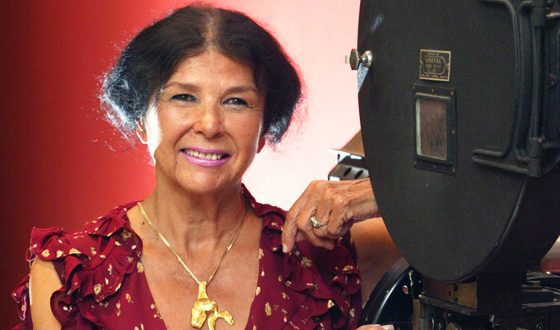 True to her prolific career of 53 films over 54 years, the 89-year-old member of the Abenaki Nation says going through her archives has sparked new ideas for projects using material she’d forgotten about.

She’s now working at a pace exceeding that of several generations younger than her, with eight short films on the go, including a half-hour doc featuring a previously unused interview she did with late influential Haida artist Bill Reid in 1987.

And she has no plans to slow down.

“I don’t have time,” Obomsawin said with a chuckle in a phone interview from her office at the National Film Board of Canada in Montreal, where she’s been making projects since 1967.

Celebrating Alanis, co-presented by the NFB, will feature 19 projects by the pioneering filmmaker, writer, singer and activist.

They include her new short documentary, “Honour to Senator Murray Sinclair,” featuring a powerful speech the chair of the Truth and Reconciliation Commission gave when he accepted the WFM-Canada World Peace Award in 2016.

The doc also includes testimonies of residential schools survivors and is particularly moving, said Obomsawin, who will also be honoured by the TIFF Tribute Awards, to be broadcast Sept. 18 on CTV.

“People have no clue what it was like, so the witnesses who are talking are just so special,” she said. “Unfortunately, two of the women have passed away since, that are in the film. But I’m very happy with the film. Just watching it, people are going to learn a lot of things about the history.”

It’s a history Obomsawin witnessed first-hand when she began her career as a touring singer and storyteller. She performed in schools across Canada with a group of artists in the 1960s, including residential schools in Manitoba, Alberta and Saskatchewan.

“Even then, people were telling us about yards where children had been buried and with no stones, you don’t know where they are, you don’t know their names. Just awful stuff. Children being abused and sometimes killed,” she recalled.

“But as we were talking about it then, nobody was listening. And there was no interest in realizing what the real history is about education here. But now it’s changed. Thank God I’ve lived long enough to see the change.”

Born in New Hampshire on Abenaki territory, Obomsawin was six months old when her mother brought her to live in the Odanak reserve northeast of Montreal, where both of her parents were from.

Obomsawin and her parents eventually moved to Trois-Rivieres, where they were the only Indigenous family and faced racism.

“I had a very bad young life there,” she said.

Obomsawin recalled getting beaten up “so badly” by classmates who’d read racist misrepresentations of Indigenous Peoples in their Canadian history books.

“By the time I was 12, 14 years old, I knew there was something very bad in the way we were teaching,” she said.

“These books were written by the church. It was designed first to make sure that the children and people of this country would hate our people. I understood that and I realized it. I thought, ‘What could I do, little me?’ So I thought that the children had to hear another story. And I knew lots of stories, I knew my history, and I could sing, and that’s how it started.”

Obomsawin came to the NFB’s attention when some of its producers saw her featured on the CBC documentary series, “Telescope,”

talking about her campaign to build a swimming pool on her reserve.

She met with NFB producers and directors and liked that the organization had a studio dedicated to education through film.

“I just couldn’t believe how powerful that was, and that’s how I started,” said Obomsawin, whose honours include the Glenn Gould Prize and a Companion of the Order of Canada.

It wasn’t easy, though.

Obomsawin recalled trying to film in difficult situations, including the 1981 Quebec police raids on a Mi’kmaq reserve depicted in “Incident at Restigouche.”

“You can imagine being present when the police and the army are trying to oppress people. It was very hard to witness that,” she said.

She also struggled to raise money for her early films.

“It’s hard to get films like that made … especially at that time,” she said, noting she faced political and racist obstacles when trying to raise funds.

“Nothing was easy,” she added. “And every film I am very attached to, because of the history of meeting the people and doing it and all the difficulties and money and so many things that went on.”

What keeps her going is what she sees on the horizon, from Indigenous content being taught in Canadian schools, to the opportunities for Indigenous filmmakers.

“I’m so excited about everything and the changes I see,” she said. “I see a lot of young people doing films and videos, and there’s a lot of interest.

“And I’m so happy with the change in the educational system.

I’ve been around such a long time, so I’ve seen a lot of changes and it’s very exciting.”

This report by The Canadian Press was first published Sept. 11, 2021.