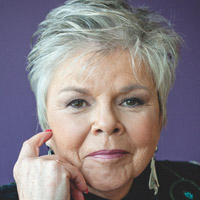 TORONTO- Royal Bank of Canada has named Indigenous leader Roberta Jamieson to its board of directors, effective Aug. 1. Jamieson served as elected chief of the Six Nations of the Grand River Territory from 2001 until 2004 and is a former Ontario ombudsman and former commissioner of the Indian Commission of Ontario.

She was also chief executive of Indspire, a national Indigenous charity that invests in the education of First Nations, Inuit and Metis people.

Jamieson, the first Indigenous woman to earn a law degree, is a member of the board of Deloitte Canada and co-chair of the Indigenous advisory council of the Canadian National Railway Co.

She previously served on the boards of Hydro One Ltd., Ontario Power Generation and Stewardship Ontario.

Jamieson will join the RBC board’s governance and risk committees.

This report by The Canadian Press was first published July 14, 2021.