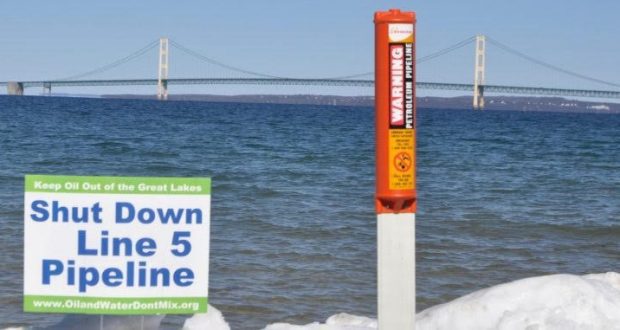 The U.S. and Canada are clashing over the effects of Line 5, the Canadian petroleum pipelines in the open waters of the Straits of Mackinac, a major shipping lane and an important whitefish spawning ground. Photo by FLOW

WASHINGTON- A prominent First Nations group in Ontario is accusing the federal government of putting the oil and gas industry ahead of protecting the Great Lakes.

The Anishinabek Nation says it is disappointed that Ottawa opposes the shutdown of Enbridge’s Line 5 pipeline in Michigan.

Michigan Gov. Gretchen Whitmer says the cross-border pipeline, which has been in operation since 1953, is a threat to the Great Lakes and wants it shut down by Wednesday.

The two sides are engaged in court-ordered negotiations and scheduled to meet for a third time on May 18, six days after Whitmer’s deadline. 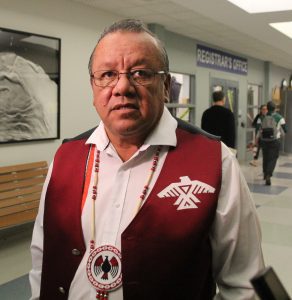 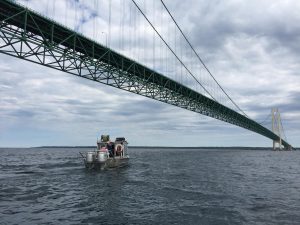 Proponents say the pipeline, which crosses the ecologically sensitive Straits of Mackinac, is a vital source of energy and jobs for Michigan and Ohio, as well as Ontario and Quebec.

“It is upsetting to see that the government of Canada will pick and choose which treaties to uphold based on convenience and profit,” Hare said in a statement.

“Should anything that’s being transported in these 67-year-old pipelines get into the Great Lakes, it would have devastating effects and irreparable consequences.” 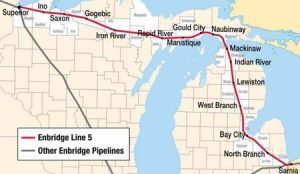 Federal officials and Enbridge executives point to the pipeline’s unblemished record, and say a $500-million plan to build a tunnel for it beneath the straits would make it even safer.

This report by The Canadian Press was first published May 6, 2021.