CBC says second season of ‘Trickster’ will not go forward

CBC says it is cancelling “Trickster” after Michelle Latimer, the co-creator of the Indigenous TV series, became embroiled in a controversy over her claimed ancestry.

The broadcaster says it held “many conversations” about the future of the series with producers, writers, actors, and Eden Robinson, the author of the books, and decided the planned second season will not go forward.

“Trickster” became a lightning rod of controversy after a CBC investigation challenged Latimer’s self-identification as being of Algonquin, 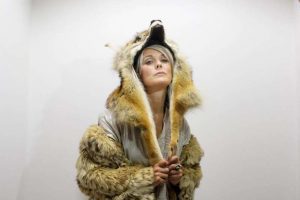 Metis, and French heritage, from the Kitigan Zibi Anishinabeg and Maniwaki area in Quebec.

The report led to Latimer resigning from her role with the TV series in December. The show was already in the script stages of the second season.

CBC says the “Trickster” cancellation doesn’t sway its commitment to Indigenous stories, and that eight other scripted projects are currently in development.

This report by The Canadian Press was first published Jan. 29, 2021.