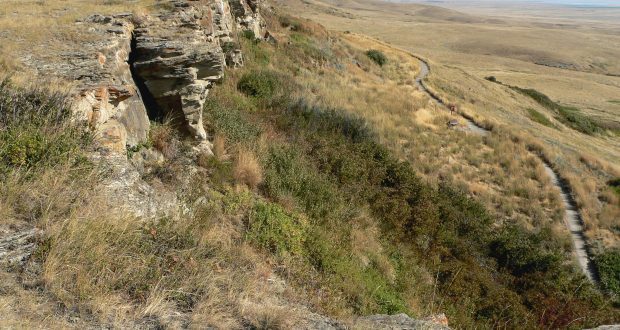 Indigenous Relations Minister Rick Wilson wants to promote an Indigenous Tourism Corridor across Alberta including sites such as Head-Smashed-In-Buffalo Jump.

In an interview with Windspeaker.com, Wilson said announcements are likely to come this month about economic development opportunities and those will combine with an aggressive Indigenous tourism plan to spark that growth.

“You can’t sit back and just think the world’s coming to an end.

I’m very positive we’re going to move forward. The vaccine’s going to kick in and if we just keep working together I’m sure some of these initiatives are really going to start paying off  because people are hungry to get back to work and get our economy going again,” said Wilson.

While not offering any detail, Wilson said that “two pretty major” announcements will come from the Alberta Indigenous Opportunities Corporation, which was created in 2020. The AIOC is backstopped by the province with $1 billion in loan guarantees aimed at reducing the cost of capital for Indigenous groups to go ahead with commercially viable projects in energy, mining or forestry.

Last year, the AIOC backstopped its first and only project for $97 million as a joint venture for six First Nations as part of the Cascade Power project.

“So that’s exciting to be able to get some bigger projects going to help out some of the First Nations. That’s where I feel our successes are really going to be felt,” said Wilson, who said he wants to see the Metis settlements tap into that program as well.

The province has announced that it will not be providing more funding to the Metis Settlement General Council when the existing 10-year, $85-million agreement expires in 2023.

“If I can get them involved in some of these bigger projects and create their own income and give them that pride of ownership and determining their own destiny that’s what we’re really shooting for,” he said. The minister said there is forestry and oil and gas developments that can happen on the 1.25 million acres of land the settlements have in total.

Some “major announcements” will also be coming from the $5-million Aboriginal Business Investment Fund in mid- to the end of January, said Wilson.

The ABIF provides up to $500,000 in grants for small businesses to cover capital costs for Indigenous community-owned economic development projects.

Wilson does not expect his department’s budget to be hit with extensive cuts in the new fiscal year despite the difficult financial position the province faces with the downturn in the oil and gas industry.

“Knock on wood, we’re sitting pretty good at this point. Our staff has been working really hard ? so they knew that there was going to be some cuts coming up, but we tackled that right off the very start, through attrition and various other means, so we’re actually sitting pretty good budget-wise right now. We’ve met all of our goals and we’re on track to carry on this year. We’ll be able to run all the programs we’ve wanted to run,” he said.

Wilson pointed out that by teaming up with other ministries, including municipal affairs, mental health and addictions, community and social services, and seniors and housing, he has been able to deliver on such things as housing and shelter-services.

“We’ve been really lucky on accessing grants from other ministries and just really stretching our dollar and getting the best bang for our buck out of everything that we do spend,” said Wilson.

Indigenous tourism is another facet of economic development that Wilson is pushing and of which Premier Jason Kenney is fully supportive.

“He’s got my back on everything that I bring up. I just recently brought up Indigenous tourism because we’ve been doing a lot of stuff behind the scenes,” said Wilson.

One-quarter to one-third of people coming to Canada want an “Indigenous experience,” he said, adding that his department has been working with Indigenous Tourism Alberta. According to the ITA website, $130 million of spending in Alberta is generated through Indigenous tourism. 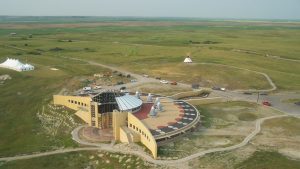 Wilson said he would like to promote an Indigenous corridor in the province that would include such southern attractions as Head-Smashed-In Buffalo Jump and Blackfoot Crossing and the tipi villages at Calgary to the proposed tipi village in Ponoka and moving north to the Metis Crossing at Smoky Lake and the pristine lakes for fishing and camping in the Fort McMurray area.

To that end, Wilson said Kenney has asked him to set up a round table and work with the ministry of jobs and economy “to see if we can find some way to increase our Indigenous tourism across the province, so that’s going to be really exciting.”

Wilson believes that now is the time for such a venture despite the impact the coronavirus pandemic has had on travel. He’s hoping the vaccine will renew confidence in the industry.

“We’re hoping that by next summer ? Alberta will be, at least, mostly back in business again. We may not be able to have some of the bigger events, but a lot of these outdoor events, I mean a lot of these things that are going to happen with Indigenous tourism stuff could be outdoor events. So I think there’s going to be an opportunity to move forward,” he said.