The Okanagan Indian Band has signed a historic agreement that could see the end of decades of boil water advisories in its community.

Officials from the First Nation, located near Vernon, B.C., signed a formal agreement this week for a unique Public-Private-Community Partnership (PPCP). 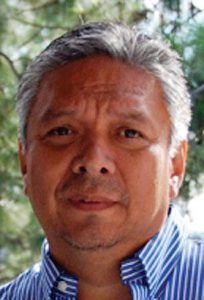 The deal could result in the Okanagan Indian Band, through its Group of Companies (OKIB GC), to become the first Indigenous Nation to own and operate a water utility in the country.

The agreement was also signed by EPCOR and Enterprise Canada.

EPCOR, which has its headquarters in Edmonton, is involved in numerous ventures, including building, owning and operating water transmission and distribution networks, water and wastewater treatment facilities and sanitary and stormwater systems.

Enterprise Canada is a strategic communications company with consultants from various industries. The company formed its Infrastructure and Development Practice two years ago, in part to assist with development projects with Indigenous communities.

“We have some very good partners to carry this forward,” said Byron Louis, the chief of the Okanagan Indian Band. “And I’m pleased we were able to secure both of them.”

Greg Kazakoff, who is the interim CEO and a director for the OKIB GC, is also thrilled with the fact the company will be working alongside representatives of EPCOR and Enterprise Canada.

The agreement announced this week is believed to be the first PPCP that will build a water utility company involving a First Nation community.

“I think it’s a unique concept,” Kazakoff said. “If there is another one in Canada, I’m not aware of it.”

Kazakoff said OKIB GC officials had been in discussions for about a year with reps from EPCOR and Enterprise Canada prior to the signing of this week’s agreement.

Kazakoff added there has been a need to replace the community’s aging septic systems.

“I think the boil water advisories have been going on for over 20 years,” he said. “It’s been something we’ve been working on and trying to fix for a long time.”

And it could be quite a few more years to improve things.

Kazakoff said a feasibility study has already commenced to determine whether the project is viable.

“We still need to get all the detailed specs,” he said.

An initial estimate is the project could cost about $125 million.

If the project does indeed get the green light, Kazakoff said it will still be some time before water advisories come to an end for community members, possibly five to 10 years.

“We would be phasing it in,” he said. “And it depends on what type of support we get from the government.”

Louis believes it might even take longer than Kazakoff’s estimate.

Louis realizes the tremendous amount of work that the project would require, especially since the First Nation is 41 kilometres long, from one end to the other.

“The agreement is a good thing,” Louis added. “The thing required now is the feasibility study to see if it is actually feasible.”

Kazakoff said members of his community were encouraged by the signing of this week’s agreement.

“They’re really excited,” he said. “If you wait for that long with adverse water conditions, I think people get excited and optimistic.”

If the project does indeed become reality, Kazakoff believes other First Nations across the country would be eager to see if a similar venture could be done.

“This type of format could be adopted by other communities,” he said.

The project would also provide an economic boost and numerous jobs for Okanagan Indian Band members.

For starters, about 20 community members would be trained to work at water and wastewater treatment plants.

“There will also be opportunities for our members to bid on various portions of the contract,” Kazakoff said.

OKIB GC’s partners are welcoming the opportunity to move this project forward.

“EPCOR is committed to exploring opportunities that see First Nations communities become active partners in projects that deliver essential services and generate economic benefits for their communities,” said Stephen Stanley, who is the senior vice-president of EPCOR Commercial Services Ltd.

“Our work with Okanagan Indian Band will realize this potential, while developing First Nations’ capacity in utility operations and management, helping to build a strong and prosperous future.”

Barbara Fox, the CEO of Enterprise Canada, said she believes such partnerships are the future of improved opportunities for Indigenous communities.

“Drawing on our relationships with communities, corporations and government at all levels, Enterprise is in a prime position to bring together the right mix of people and financing and move this project forward to the next phase of development.”