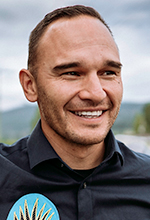 Chief Willie Sellars of the Williams Lake First Nation (WLFN) will be the keynote speaker at a prestigious Greater Vancouver Board of Trade virtual event later this month highlighting how First Nations communities are adapting to the challenges of COVID-19.

“We pride ourselves on being able to move at the speed of business but it’s a little bit tougher when you have COVID there and it becomes the main priority,” Sellars said, noting WLFN has had to engage with members virtually.

While Indigenous communities have been successful in preventing, preparing for and responding to the spread of COVID-19 during the first wave, the number of positive cases in Indigenous communities continues to grow primarily due to large private and public gatherings where physical distancing and the wearing of masks were not observed, noted the Government of Canada in a news release Nov. 6.

As of Nov. 6 more than 1,800 positive cases of COVID-19 in First Nations communities and 17 deaths have been confirmed.

“Everybody is concerned,” Sellars said. “It’s the new norm for sure.”

The WLFN continues to also recover from wildfires that tore through the region in 2017 as well as spring flooding this year that overwhelmed local waterways resulting in the breakage of a city sewage line, and the Williams Lake River Valley and part of Mission Road being destroyed.

Despite the challenges, Sellars said WLFN is working collaboratively with industry on a number of projects located in their traditional territory. Construction is forging ahead on the nation’s seed-to-sale enterprise Sugar Cane Cannabis and new government administration building, as are upgrades to the 150 Mile Enbridge compressor station. 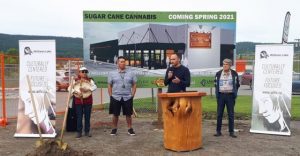 `There are proponents that refuse to come to the table and at the end of the day they don’t have the support and blessing of the WLFN,” Sellars said.

“A reality of doing business in First Nations traditional territory is you now have to be able to stand arm and arm and actually incorporate them  1/8First Nations 3/8 on a meaningful level when moving new projects forward.”

As 2020 draws to a close Sellars said the new year will be an exciting one in which WLFN will be building new homes, focusing on better language revitalization and further implementing cultural and traditional practices within their community.

“Pandemic or not we’ll continue to progress as a nation to get to where we want to be which is a healthy community.”

For more information on the event, visit the Greater Vancouver Board of Trade.