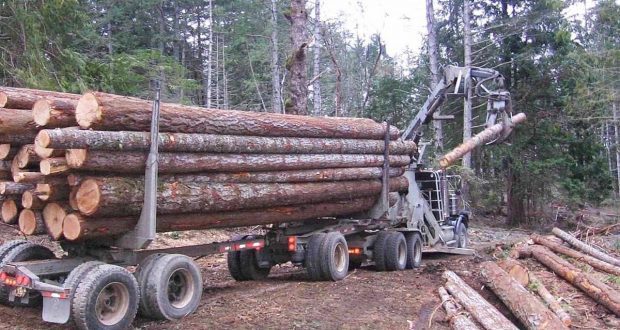 Indigenous leaders and environmentalists are standing behind a Gold River-area First Nation in its dispute with one of Vancouver Island’s largest forest companies.

North Island hereditary chiefs and the environmental advocacy group Sierra Club B.C. have expressed their support for Mowachaht/Muchalaht First Nation (MMFN) who are caught in an ongoing feud with Western Forest Products (WFP) over trespassing and road use compensation.

Last week, MMFN announced its intention to restrict access to the portion of Highway 28 that passes Ahaminaquus Indian Reserve Number

12 (IR 12) to the logging company unless a “feasible” road use agreement and compensation plan was arrived at.

In a statement, Kwakwaka’wakw hereditary chiefs and Sierra Club BC said that they are “standing in solidarity” with Mike Maquinna, the Council of Chiefs of Mowachaht/Muchalaht First Nation and with affected communities of Tsaxana and Gold River.

“We denounce the reprehensible actions and sustained disrespect shown to the Mowachaht/Muchalaht people with the blatant trespassing on Ahaminaquus IR 12 by Western Forest Products (WFP) and the tacit provincial government approval evidenced by inaction on the matter,” said the statement.

people their “true colours,” through company’s actions showing they care about their shareholders more than the forest and Indigenous people.

“We know the damage that Western Forest Products has caused and we will remember the silence of the province who let it happen,”

they said in a collective statement.

The group also maintained that despite the government and industry trying to divide them in order to exploit their resources and land, the Kwakwaka’wakw and Nuu-Chah-Nulth people have “deep roots” and “family ties” to the west coast.

Calling the trespassing actions of WFP “shameful,” Sierra Club BC has said that it illustrates the “arrogance” WFP shows to the forest and the people who steward them.

“Half a century of blatant trespass is a profoundly disturbing indication of colonial racism. It’s past time for WFP to pay reparations and for the colonial governments to prioritize this once and for all,” said Mark Worthing, Sierra Club BC’s coastal projects lead.

In a statement released at the start of the blockade, WFP spokesperson Babita Khunkhun said the company has been in ongoing discussions regarding the portion of Highway 28 that crosses IR #12 and is working in good faith to quickly resolve this complex issue.

She also said that the company values its relationship with the Mowachaht/Muchalaht and understands the desire of the Nation to resolve the issue.