A Saskatchewan First Nation in Treaty 4 territory has signed on to be part-owner of TC Energy’s yet-to-be-completed, long-contested Keystone XL pipeline, more than 160 kilometres of which are to pass through the southwest corner of the province. 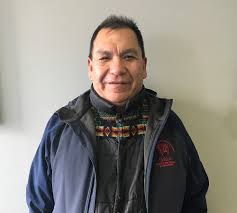 The Nekaneet Cree Nation, west of Swift Current and south of Maple Creek, is one of five signatories to the Memorandum of Understanding (MOU) announced recently.

Calgary-based TC Energy and Natural Law Energy (NLE), an Indigenous energy consortium comprised of Nekaneet and four Alberta-based First Nations, signed the MOU on Sept. 29 with the intent for NLE to “pursue an equity interest in the Keystone XL Project and other potential related midstream and power projects,” TC said in a press release.

Once the final agreement is done and signed in 2020’s fourth quarter, NLE is to have minority ownership in the pipeline.

Nekaneet Chief Alvin Francis said it allows he and the community’s three councillors to pursue long-term financial stability for the First Nation’s 551 registered members, 222 of who live on reserve.

“We cannot rely on ISC (Indigenous Services Canada). They do their best stuff to provide as much as they can ? (but) there’s only so much money to go around in First Nations country,” he said.

Though Francis is confident about signing the MOU and TC Energy’s fiscal future, he likened his position to being “between a rock and a hard place,”  investing in profits derived from fossil fuel extraction that could harm the environment while securing financial stability for his community.

“I’m a First Nations person. I want to protect Mother Earth, too. But I’m in a place today where the modern world and our old ways, you can’t ignore both.”

First proposed by TC Energy in 2008 (then called TransCanada Corp.), the Keystone XL is to be 1,947 kilometres in length, starting in Hardisty, Alta., and running through southwest Saskatchewan, Montana, South Dakota and southern Nebraska, where it’s to join up with TC’s existing Keystone pipeline system.

It would move 830,000 barrels per day of crude bitumen from Alberta’s oil sands operations to the company’s terminals in Oklahoma and Houston, Texas.

The pipeline has faced significant environmental, legal and political opposition in the United States. The Obama administration twice rejected the pipeline over concerns it could worsen climate change, while the Trump administration revived its approval early in its first term.

Democratic presidential nominee Joe Biden says he will cancel the pipeline’s construction in the U.S., if elected president on Nov. 3.

In deciding to sign the MOU, Francis said he sought out ceremonial advice from Nekaneet’s elders. “I asked `am I doing the right thing?’ And the message I got is, I’m helping future generations. It’s not the worst thing, but it’s not the best thing,” he said.

“The only way to do that is to do it economic-development-wise, because there’s really not a lot in the southwest part of Saskatchewan.”

TC Energy plans to have the pipeline completed and operational by 2023.

-With files from Dan Healing, the Canadian Press