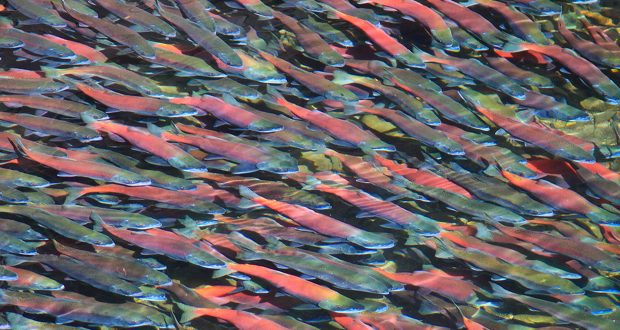 VANCOUVER -The federal government announced funding for eight more projects as part of the B.C. Salmon Restoration and Innovation Fund.

The latest projects will receive about $10.5 million from the joint federal and provincial fund established in 2018 to help the recovery of stocks in steep decline.

Less than half of the $142.85-million fund has been allocated so far and the applications for the next round of funding are set to open on Wednesday.

Jordan says her department is also moving forward with draft regulations to protect more than 130,000 square kilometres of ocean off the coast of Vancouver Island and work has begun on Canada’s first-ever Aquaculture Act, with public engagement starting next month.

“Speaking to British Columbians, I want to assure you that our government is moving ahead with the transition from open-net pens,”

she said, adding Ottawa will develop a comprehensive process to ensure all voices are heard in the decision-making process.