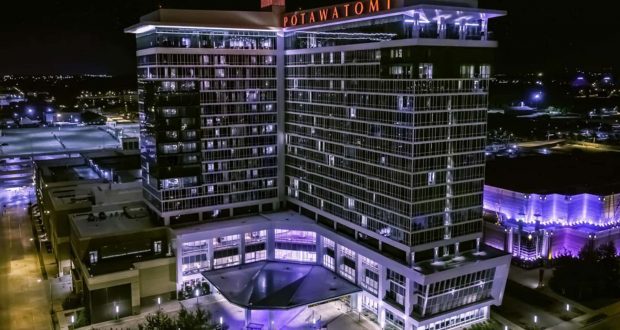 MADISON, Wis.-Potawatomi Hotel & Casino is laying off 1,600 employees from its Milwaukee facility due to a decline in tourism business due to the coronavirus pandemic.

Potawatomi had 2,600 employees before shutting down in March.

About 1,000 people were brought back to work for the casino’s reopening in June. The remaining employees will be laid off starting Aug. 15, Wisconsin Public Radio reported Friday.

Ferguson said the business will expand operations “as the science guides us and pandemic conditions dictate. Decisions will continue to be made in the best interests of guest and team member health and safety.”

Earlier this month, Delaware North, which employs concession workers and vendors for Lambeau Field and Miller Park, announced 1,300 layoffs. Marcus Corp. also announced it would lay off 425 employees at its hotels in Wisconsin.

The number of positive cases for COVID-19 in Wisconsin topped 40,500 on Friday, with 833 deaths. The seven-day average of new cases was 822, the highest since the start of the pandemic in February.