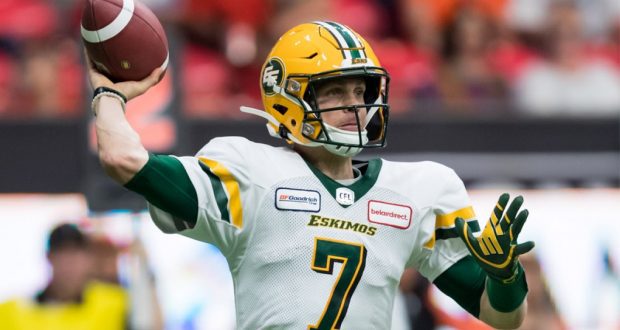 At least one of the Edmonton Eskimos sponsors plans to cut ties with the Canadian Football League team unless it changes its name, while other corporate partners say they are watching closely for results of the team’s “ongoing engagement” with Inuit communities.

National car-and-home insurance provider Belairdirect, one of the team’s 13 premier partners, says it is rethinking their relationship.

“In order for us to move forward and continue on with our partnership, we will need to see concrete action in the near future including a commitment to a name change,” company spokeswoman Jennifer Beck said in an email.

“We acknowledge that change is a journey and have shared our position with the team.”

Edmonton’s team has seen repeated calls for a name change in the past and faces renewed criticism as sports teams in Canada, the United States and elsewhere are urged to remove outdated and sometimes racist names and images.

Major League Baseball’s Cleveland Indians, who retired their racist caricature “Chief Wahoo” logo in 2018 but kept their name, and the National Football League’s Washington Redskins, whose name contains a racial slur, both said on Friday they would undertake a review

The National Hockey League’s Chicago Blackhawks on Tuesday said they will continue to use their team name because it honours an Indigenous leader who has been an inspiration to generations.

The Eskimos released a statement late last week saying they would “ramp up” ongoing consultations with Inuit communities, recognizing the “increased attention” the name has received recently. The organization did not immediately respond to a request for comment about its sponsors.

Belairdirect’s announcement comes on the heels of a February decision by the team to keep its name following an extensive research and engagement program that found “no consensus” on the current name.

Other sponsors welcomed any review of the team name.

A Jiffy Lube location in Edmonton supports the further engagement, wrote Kelly McClung, vice-president of marketing and operations for Lube-X and Jiffy Lube operator in Canada.

“We look forward to hearing feedback from their ongoing discussions,” she said.

“We … are looking forward to the timely and respectful progression of those conversations along with a positive outcome for all,” wrote Brian Riddell, who works with TFB & Associates Ltd., the Canadian distributor for the lozenges brand.

“We’re going to wait until the conclusion of the study that the team is doing to make any further decisions,” he said when asked whether Fisherman’s Friend would continue to partner with the team regardless of its name.

An Edmonton location of The Rec Room, an entertainment space owned by Cineplex, is also listed as a premier partner of the Eskimos.

Continuing the relationship “isn’t part of our marketing plans for 2020,” wrote Sarah Van Lange, Cineplex’s executive director of communications, in an email.

“That said, we support their review of the team’s name and encourage them to do the right thing.”

Asked what the right thing is, Van Lange referred back to the original statement. However, she noted the company’s locations were closed for several months due to the COVID-19 outbreak “and all marketing plans were put on hold during that time.”

Tim Hortons said it has “been in contact with the team, but they can best speak to their review process and engagement with nuit communities.” It did not respond to questions about whether it intends to continue its partnership.

Coca-Cola Canada Bottling Ltd., which has a product partnership with the team, said it has spoken with team management and shared its concerns about the name

“We have asked them to strive for consensus about their name in their community engagement activities with Inuit communities as soon as possible,” spokeswoman Kathy Murphy said in an email.

There have been repeated calls for the Edmonton team to change its name in the past.

Most recently, Canada’s national Inuit organization in 2015 said it was time for a change. “It isn’t right for any team to be named after an 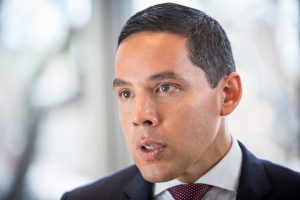 This report by The Canadian Press was first published July 8, 2020.