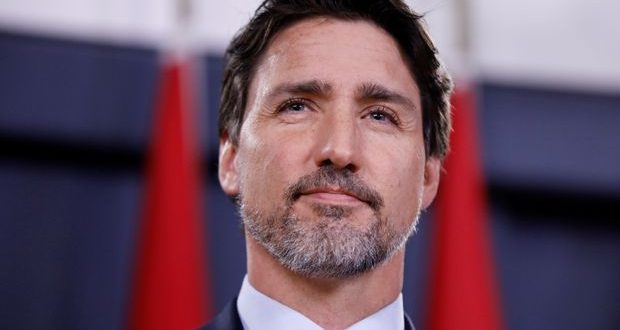 Charities can also choose whether to include revenues from governments in their calculations when they apply.

He says businesses need to survive and workers need to get paid if the economy is to “come roaring back after this crisis.”

Trudeau also announced the federal government will cover 100 per cent of wages for students hired under the Canada Summer Jobs Program.

He says he hopes this will encourage businesses to hire students to allow them to get the work experience they need and earn incomes during the downturn.

He says more help will be announced soon to help people not eligible for the emergency benefit programs announced so far, including gig workers and seniors worried about losses to their savings.

He noted the United States has already delivered $66 billion in forgivable loans to businesses in America while Canadian companies are still waiting for promised emergency financial help.

“If these businesses go bankrupt during this crisis, many will never reopen and these millions of workers will be without jobs and opportunity. This will be a social catastrophe for our country,”Poilievre said Thursday in Ottawa.

“That’s why we are calling on the government to get moving. A little less conversation, a little more action, please, as Elvis used to say.”

Conservatives are calling for the Liberal government to use faster measures, including reimbursing GST payments remitted by small businesses for the 12 months prior to the start of the

COVID-19 crisis, a move that Poilievre says would put $13 billion back into the bank accounts of business owners.

The Conservatives also say the Canada Emergency Business Account, which will provide interest-free loans of $40,000 for qualifying businesses, should be delivered by credit unions, not just banks.

This report by The Canadian Press was first published April 8, 2020.