Demonstrators rallied against Teck’s Frontier Mine in Alberta outside the office of Environment Minister Jonathan Wilkinson in North Vancouver on Jan. 20 2020 .-Indigenous Climate Action Supplid Photo-

VANCOUVER- Indigenous leaders from British Columbia and Alberta who oppose Teck’s Frontier mine say its impact will be felt by First Nations well beyond the site of the massive oilsands project. 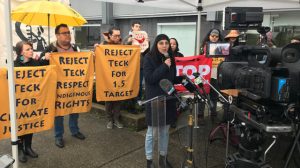 Members of Indigenous Climate Action, the Tiny House Warriors and the Union of B.C. Indian Chiefs were among those who gathered Monday in North Vancouver outside the office of Environment Minister Jonathan Wilkinson calling on him to stop the project.

The Teck Frontier mine north of Fort McMurray, Alta., would produce 260,000 barrels of oil a day and about four million tonnes of greenhouse gas emissions every year, for more than 40 years.

The federal government must make a decision on the project by the end of February under the Environmental Assessment Act. 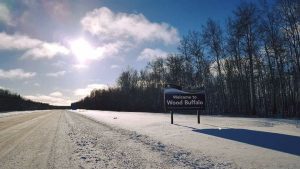 Alberta Premier Jason Kenney has called for swift approval of the $20.6-billion project, warning that rejection would send a signal that Canada’s oil-and-gas sector has no future, but the mine also poses a significant obstacle toward the Liberals’ goal of reaching net-zero greenhouse gas emissions by 2050. 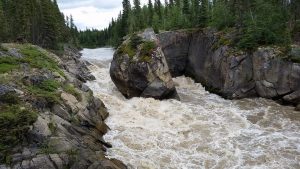 Grand Chief Stewart Phillip of the Union of B.C. Indian Chiefs called the project irresponsible and reckless, saying Prime Minister Justin Trudeau should “walk the walk” of transitioning to a green economy.

“There were commitments made during the last election that the Trudeau government would make decisive moves toward renewable energy and this is an opportunity to follow through on those promises,” he said.

Teck Resources Ltd. could not immediately be reached for comment.

Kanahus Manuel of the Tiny House Warriors and Secwepemc Nation said product from the Frontier mine would be transported via the Trans Mountain pipeline, which crosses 518 kilometres of Secwepemc territory.

“This Teck mine will impact our community although it’s hundreds of miles away,” she said.

Wilkinson was not available for an interview but his department said in a statement that the project is under active consideration.

“The government will consider a range of factors when they make a decision, including our commitments to achieving net-zero emissions by 2050, to creating good paying middle-class jobs, and to growing the economy,” the statement said.

A joint review panel submitted its report in July containing its conclusions and recommendations for the Teck Frontier project to the minister and the chief executive officer of the Alberta Energy Regulator.

The panel determined Frontier would be in the public interest, even though it would likely cause harm to the environment and Indigenous people.

Chief Gerry Cheezie of Smith’s Landing First Nation, a community in northern Alberta that has not signed an agreement and is downstream from the project, said he has seen significant environmental decline in his lifetime.

He said he can no longer fish or drink the water directly from Slave River and has watched moose, migratory birds and other species disappear or decline.

“We have a treaty that said our mode of life will never be impaired. Well that promise has been ignored by both industry and government,” Cheezie said.

Companies in this story: (TSX:TECK)

This report by The Canadian Press was first published Jan. 20, 2020.