The United Conservatives have introduced a bill that says the government would put up $1 billion, along with technical and financial advice, to backstop the Crown.

Premier Jason Kenney says it would be a new way of doing business with First Nations.

He says it would focus on partnerships led by the arms-length Crown agency rather than “picking winners and losers.”

He says if the program were to flourish, he would look to expand it to other projects and provinces, and press federal politicians in Ottawa to adopt something similar.

It fulfils a promise Kenney made in the spring election campaign.

“This is a paradigm shift,” he said Tuesday. “This is getting away from the old conventional economic development thing, where the government is picking winners and losers and writing cheques.

Experienced financial managers with a qualified board would review submissions to look at the credibility of a business plan, the prospect for return and to provide technical advice, he said.

Kenney said the bill was the result of consultations with more than 200 stakeholders. 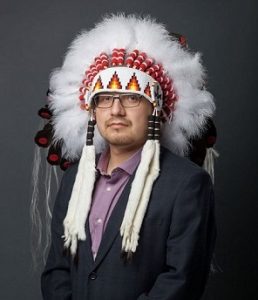 Chief Billy Morin of the Enoch Cree Nation said the corporation is needed so that First Nations can participate in the provincial economy in an environmentally responsible way.

“They (the government) didn’t fidget around for three years in a committee trying to get it right. They just did it,” said Morin.

“And we’ll be better for it for many generations to come.”