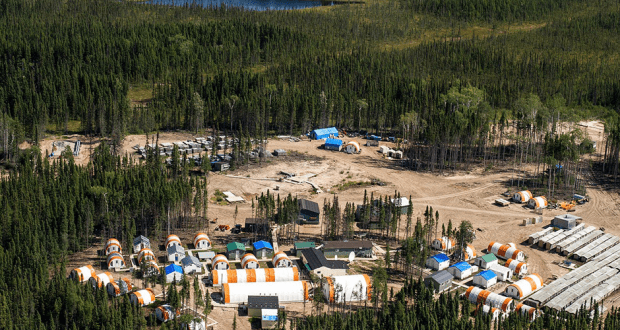 Ontario is ripping up an agreement with First Nations on building road access to the Ring of Fire region in favour of pursuing individual deals with the nine communities, saying the move will speed up development of the mining project.

Greg Rickford, the minister in charge of the file, announced Tuesday that the new approach will mean the government can address specific community needs and opportunities with First Nation communities.

The previous Liberal government had signed a regional framework agreement in 2014 with nine First Nations in the region. In 2017, then-premier Kathleen Wynne warned that she would move to bilateral talks if there was no progress on an overall deal and signed agreements with three of the nine communities.

The Progressive Conservatives said they were hitting the reset button on the negotiations entirely.

“Despite over a decade of talk and more than $20 million invested, real progress on the Ring of Fire has been met with delay after delay,” Rickford said in a statement. “That’s why Ontario is taking a new, pragmatic approach to unlocking the Ring of Fire’s potential, one that includes working directly with willing First Nation partners.”

The region, about 500 kilometres northeast of Thunder Bay, Ont., holds one of the world’s richest deposits of chromite, used to make stainless steel, as well as nickel, copper and platinum, valued at anywhere from $30 billion to $60 billion.

A key part of the project is the construction of roads between the Matawa First Nations, the provincial highway network and the Ring of Fire.

Noront Resources, the major claim holder in the Ring of Fire region, has its own exploration and project advancement agreement with Marten Falls First Nation.

Both said they will continue to engage the additional First Nations communities that “are committed to developing” the project.

“The youth of Marten Falls look toward the Ring of Fire as a generational opportunity that can provide training, employment, business prospects, new revenue for social services and many other opportunities, direct and indirect, for the province,” the statement said.

NDP Leader Andrea Horwath said the Ford government is ripping up a regional framework agreement that was meant to advance development of the project.

“The Ford government is making things worse, destroying what little partnership work has already been accomplished with First Nations communities, delaying Ring of Fire development even further,” she said in a statement.

“The framework agreement the Wynne Liberals signed had problems that needed to be fixed. Scrapping it instead of fixing it will take the Ring of Fire delays from bad to worse.”