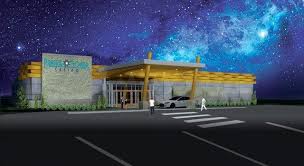 Ponca Tribe of Nebraska win another legal battle over casino

By Margery A. Beck

OMAHA, Neb.-The Ponca Tribe of Nebraska has scored another legal win in its fight to keep its casino in western Iowa open.

U.S. District Judge Stephanie Rose on Monday rejected motions in a lawsuit by the states of Iowa and Nebraska and the Iowa city of Council Bluffs seeking to derail the casino. The governments’ motion sought to amend Rose’s order earlier this year in which she required the National Indian Gaming Commission to revisit its 2017 ruling giving the tribe the right to build the Prairie Flower Casino on land it owns in Carter Lake. In early May, the commission upheld that finding, saying that the lot constitutes restored tribal lands, which are eligible under federal law for tribal casinos.

Tuesday’s ruling was the most recent in the legal skirmish between the tribe and the state and local governments over the tribe’s decade-long battle to open the casino on land it bought some 20 years ago. The tribe initially said it planned to build a health centre on the Carter Lake lot. Council Bluffs and the states sued when the tribe later sought federal permission for a casino there.

In their latest motion, attorneys for Nebraska, Iowa and Council Bluffs had wanted the judge to declare that her order had vacated the commission’s 2017 ruling, which likely would have required the casino to shut down as litigation dragged on. Rose rejected the request, saying “the disruptive consequences … would have been significant.”

Closing down the casino would eliminate a revenue stream for the tribe and cost casino employees their jobs, the judge said.

“Plaintiffs admit this would have had a negative economic impact on the Tribe,” she wrote. “Other courts have declined to vacate agency decisions when doing so would have adverse economic consequences.”

Rose also took issue with several of the governments’ arguments, including one in which they say the casino imposes economic and social welfare costs upon the communities that surround it.

“It is not clear, however, how the Tribe’s casino is any more detrimental than the three casinos, licensed by the state of Iowa, that are already operating in neighbouring Council Bluffs,” she wrote.

The $10 million Prairie Flower opened in November with 200 slot-style machines, some 10 years after the tribe began its effort to open the casino.

The neighbouring city of Council Bluffs, Iowa, which already hosts three state-licensed casinos, and the states of Iowa and Nebraska are suing to try to shut it down. Opponents in Iowa fear it will siphon off gambling tax revenue and opponents in Nebraska fear the casino could draw crime to Omaha.

Tribal chairman Larry Wright Jr. said Tuesday that the latest ruling called into question whether the states and Council Bluffs have anything left to litigate. He also said the casino, since its opening, has created jobs, brought tourists to Carter Lake and the Omaha area and given $775,000 to Carter Lake to support police and fire departments, infrastructure and general city improvements.

“It’s time to put the lawsuits behind us and focus on our shared interest of bringing more economic growth the area,” Wright said in a written statement.