MONTREAL- Officials from New York City have been visiting Quebec’s north to learn more about the impact a possible hydro power deal with the provincial utility would have on Indigenous communities.

Mark Chambers, the director of the New York City mayor’s office of sustainability, says a three-member delegation recently visited Cree and Innu communities in the James Bay region and along the St. Lawrence River’s north shore.

He said the city wanted to consult with all the stakeholders before beginning formal negotiations that could see New York City increase its imports of Quebec hydroelectricity as part of Mayor Bill de Blasio’s plan to cut greenhouse gas emissions in the city by 30 per cent by 2030. 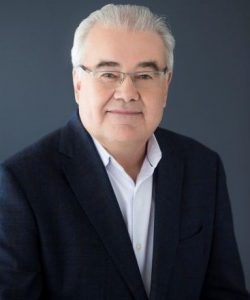 Bill Namagoose, the executive director of the Cree Nation Government, says he believes it’s the first time a major potential energy client has flown in to consult people in the area before making a purchase.

Namagoose says he has known de Blasio since the 1990s and believes he won’t sign a deal to purchase additional Quebec hydropower that doesn’t respect Cree rights.

He says the community’s main demand is that the exported power come from existing energy surpluses and not lead to the construction of any new dams or stations.