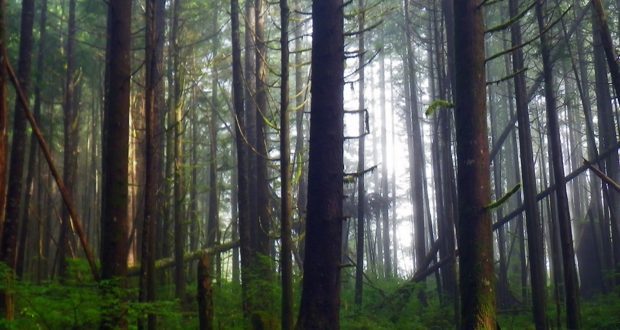 The foundations of Canada’s forestry sector are changing as First Nations, strengthened by legal victories and legislation, look for more control of the woods.

A greater share of forestry rights could help open the way to greater economic independence, and is backed by a growing body of case law that affirms treaty rights, land title and duties to consult, said Peggy Smith, a forestry expert at Lakehead University.

“Those laws are having an impact across the country, and I think provincial governments that issue forest licences are much more aware now of the duty to consult and responsibility to engage with First Nations before they make even strategic-level decisions,’ Smith said.

There have been significant changes in recent decades on the question of who gets the right to manage and harvest Crown forests, though rights are still largely locked up in long-term agreements with major forestry companies.

In the early 1980s, Indigenous-held tenure made up about 0.05 per cent of Canada’s total wood supply, while in 2017, with less overall supply, Indigenous Peoples held 10.5 per cent, according to a report from the National Aboriginal Forestry Association.

The share had not changed much since a report in 2013, but that could change as several provincial initiatives get underway and provinces commit to the principles of the U.N. Declaration on the Rights of Indigenous Peoples.

In British Columbia, where Indigenous tenure stood at 11.6 per cent in 2017, the NDP government passed a bill at the end of May to give it the right to review forest tenure transfers between companies.

The law allows the government to block transfers not in the public interest, which could open the potential of diverting more tenure to First Nations, said Charlene Higgins, CEO of the B.C. First Nations Forestry Council.

“Nations want a bigger say in the management and use of forest lands and resources in their territories, and access to more tenure.

That’s the key to Bill 22, not only to level the playing field, but to support the government’s commitment to reconciliation and implementation of UNDRIP.”

The changes come at a time of significant challenges in the industry as destruction from wildfires and the mountain pine beetle have created acute shortages of wood in B.C. and led to a wave of sawmill closures and layoffs.

Interfor Corp. and Canfor Corp. have proposed a tenure swap to make their remaining mills healthier, but the deal now has to pass the undefined public interest test that adds to industry uncertainty, said Susan Yurkovich, CEO of the Council of Forest Industries.

“Certainly capital is mobile and it doesn’t like uncertainty, and we need to make sure that the mills that have the ability to compete in the global context have the fibre to be able to do so.”

Higgins acknowledged the challenges faced by the industry, but said First Nations forestry could succeed through alternative approaches.

“It’s a challenging time and the forest sector in B.C. is undergoing a transition, but as more tenure comes under the control of First Nations, we’re going to see the management of forests change to better reflect Indigenous views and perspectives, and that’s a much longer-term model.”

There is potential for other business models of stewardship, said Harry Nelson, an associate professor of forestry at the University of B.C.

“If we step away from this kind of focus on how much we try and push through the system, but we think about how much value we’re trying to generate, then I do think there’s opportunities.”

There are options on selective cutting, more value-added production, and even alternative uses of the forest such as tourism.

“I think there’s a lot of potential, because so many of them are undercapitalized, or under the optimal size. So I don’t think it would take much.”

There are examples of success.

In Saskatchewan, where Indigenous People have about 30 per cent of the allocation, the Meadow Lake Tribal Council owns the largest First Nations owned sawmill in the country. In May they announced they would start to create energy from residual biomass from the mill.

Ontario’s industry went through significant upheaval and policy changes after a downturn in the mid-2000s, which helped Indigenous forest allocation to grow to about 18 per cent while some new tenure models are still only getting off the ground.

Last year, the province awarded its first enhanced sustainable forest licence that’s designed, among other things, to increase Indigenous participation in the sector.

Manitoba, meanwhile, signed an agreement in February with a group of four First Nations in what it called a first-of-its-kind forestry development agreement.

Movement can be slow in an industry that has crop cycles in the decades but First Nations can be expected to continue push for benefits from their territories as part of a wider effort towards reconciliation, said Smith.

“This struggle has been going on for a long time, and First Nations have been patient and persistent and true to their principles, and they’re not going to stop doing that.”