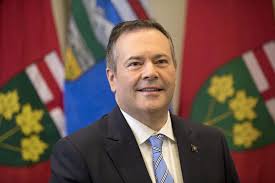 EDMONTON- Alberta will bring in legislation this fall to create a Crown corporation backstopped by $1 billion to help First Nations invest in major energy projects like pipelines.

Premier Jason Kenney made the announcement after meeting with chiefs from across Alberta at Government House in Edmonton.

The legislation, following up on an election campaign promise, will create the Indigenous Opportunities Corporation.

On the campaign trail, Kenney promised his government would fund the corporation with $24 million over the first four years to give legal, technical and financial advice to First Nations looking to initiate or participate in energy projects.

The province would also provide $1 billion to provide financial backstops and loan guarantees.

Kenney says the corporation addresses a historic imbalance, adding that for too long some First Nations did not have the financial means to get commercial rates of credit.

“(Some) have not had the same advantages. They don’t have the balance sheets quite frankly to be partners in projects like TMX,”

said Kenney after the meeting on Monday.

“The idea of the Indigenous Opportunities Corporation is to help them get that financial capacity.”

TMX refers to the proposed expansion of the Trans Mountain pipeline to get more oil from Alberta to the B.C. coast. The federal government bought the project in 2018 but has said it is not looking to be a longtime owner. 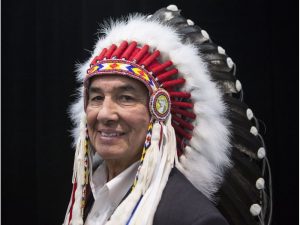 Wilton Littlechild, grand chief of the Treaty 6 Nations, said the discussion was about growing the economy, but not development for its own sake.

“We also heard concerns, of course, about is it possible to have sustainable development and promote respect for Mother Earth at the same time,” Littlechild told reporters.

“From our experience the answer is yes.

“It’s not no to any development or yes to all development. We need to seek a balance, and that’s been the approach of those successful First Nations that have been able to capitalize on that opportunity.”

“We are now at the table where we can come together and solve our own problems and move forward,” said Young.

Kenney said Indigenous Relations Minister Rick Wilson will consult First Nations groups on the corporation over the summer to better inform the legislation when it comes forward.

He said the board of the Crown corporation will have First Nations representation.

StatCan plans ‘contactless’ census for 2021 in response to COVID 19