Home » Business » Feds promise $2.5 billion to N.L. over 38 years with reviewed Atlantic Accord 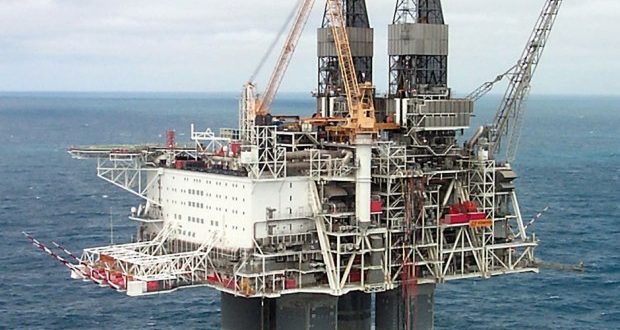 Feds promise $2.5 billion to N.L. over 38 years with reviewed Atlantic Accord

ST JOHN’S, N.L. -Newfoundland and Labrador will receive $2.5 billion from Ottawa over 38 years from the newly reviewed Atlantic Accord, a crucial federal-provincial agreement on offshore resource revenues.

Premier Dwight Ball and federal cabinet minister Seamus O’Regan were in St. John’s on Monday to announce the deal that will direct funds from Ottawa’s share in the Hibernia offshore oil field to the province. About 60 per cent of the money will come in the first decade.

The review was to assess the extent to which Newfoundland and Labrador has reaped majority benefit from its offshore resources, a lucrative industry for the cash-strapped province.

The announcement comes days after Ball said he will call a provincial election before summer. The second-term hopeful presented the deal on Monday as an historic achievement, announced on the 70th anniversary of Newfoundland and Labrador’s confederation with Canada.

“I would also give anything to see the look on the faces of those who championed confederation in the 1940s. If they could only see … the significant benefits that would be coming our way to our province 70 years later,” Ball said.

The province has received about $23 billion in royalty revenues since the first version of the Atlantic Accord was signed in 1985.

Ball has called the Atlantic Accord a top priority for his government, saying it was a focus of discussions with Ottawa this winter as the 2005 agreement had to be reviewed by April 2019.

Also wrapped into the deal is a formal agreement for the two governments to discuss financially restructuring the vastly over-budget Muskrat Falls hydroelectric project in order to minimize its impact on ratepayers’ power bills.

Federal Finance Minister Bill Morneau will meet Ball in St. John’s on Friday to discuss Muskrat Falls, but Ball and O’Regan offered few details on the federal government’s possible role in mitigating the impact of the expensive Labrador dam.

O’Regan echoed Ball’s comments that the deal speaks to the strength of a confederation that works together, but he also cautioned that the “guaranteed stream of revenue” will not solve all the province’s financial woes.

“This agreement is a solid step in the right direction but I’ll be frank, the Hibernia dividend on its own does not solve the economic realities facing our province. It’s not a cure-all,”

The revised accord also includes an agreement to “strengthen joint management” of offshore resources and marine conservation, and to conclude discussions on worker safety and regulatory efficiency within two years.

It also establishes a mechanism of arbitration for disputes between the two governments related to the agreement.

Ball announced last year that he plans to double the province’s offshore oil production by 2030.

In the provincial legislature on Monday, Ball presented the revised Atlantic Accord as a better deal for the province than the federal loan guarantee negotiated by the former Tory government, which gave the Muskrat Falls project a green light.

The now-infamous Labrador dam is currently the subject of a provincial inquiry into its multi-billion dollar cost overruns.

Ball was grilled in question period on the secretive nature of the negotiations, with Progressive Conservative Leader Ches Crosbie asking whether Ball would disclose the analyses behind the final revisions.

Ball asserted “the agreement will speak for itself.”

Stephen Tomblin, a retired professor of political science at Memorial University of Newfoundland, said Ball’s framing of the announcement smacks of rhetoric of premiers past, like former Tory leader Danny Williams, suggesting little has changed since the Muskrat Falls project, with discussions happening behind closed doors with no public input.

“This kind of, ‘Trust me, we got a good deal, we did the very best we could for the province,’ that may be the case. But obviously there’s a very clear interest, and a political interest and there hasn’t been an opportunity for anybody to raise other questions,” Tomblin said.

“The premier has not gone out of his way in order to go beyond or learn from the problems of the Muskrat Falls project to open this up.”