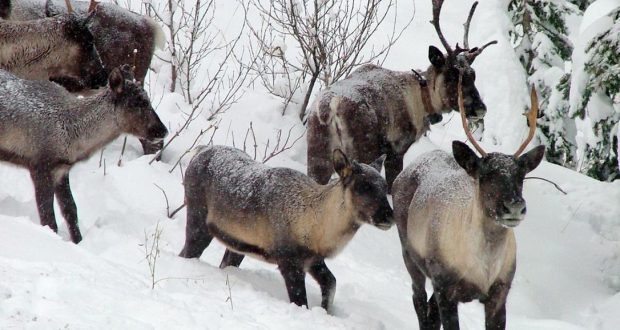 VANCOUVER-An agreement has been reached between the federal, provincial and two First Nations to offer temporary protection to the  central caribou population in British Columbia while a long-term plan is developed.

The agreement between B.C., Ottawa, the West Moberly and Saulteau First Nations is one of two agreements announced Thursday.

Doug Donaldson, B.C.’s minister of forests, lands, natural resource operations and rural development, said the agreements include tangible measures that are rooted in the “best available science and traditional knowledge.”

The measures include additional protected area, establishment of a recovery committee with representatives from the federal and provincial governments as well as First Nations, recreational management, predator control and reduction of disturbances.

Donaldson said some local industries might be impacted and the governments will work to ensure that the effects are limited.

The B.C. government is seeking consultation and feedback until the end of April on the two draft caribou recovery agreements.

The agreements minimize the risk of a federal emergency order, which could see caribou habitat being closed off, resulting in billions of dollars in economic losses and affecting jobs, the province said in a technical briefing.

ment Minister Catherine McKenna said the federal government is working with British Columbia and First Nations to ensure that the southern mountain caribou, a species at risk that is facing imminent threat, gets the help it needs while also providing appropriate support to local communities and workers in B.C. 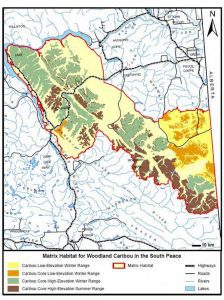 The West Moberly and Saulteau First Nations welcomed the agreement.

Chief Ken Cameron of the Saulteau First Nations said it was a “powerful moment in history and a turning point for B.C. and Canada and First Nations.”

Chief Roland Willson of the West Moberly First Nations said the caribou recovery program has shown that combining science with Indigenous traditional knowledge can “stop extinctions” and by providing habitat protection, caribou populations can be brought back and given a chance to thrive again.

The central caribou population has declined from approximately 800 animals in the early 2000s to about 220 animals, the provincial government said.

Tim Burkhart, B.C. program manager of the Yellowstone to Yukon Conservation Initiative, said the agreement that includes the First Nations is a step forward.

The other agreement between the federal and provincial government is less developed, he added.

“It’s lacking in concrete actions. It’s more about setting out the planning they are going to do and engagement with communities in order to recover caribou,” he said.

“There’s some bit and pieces in there of meaningful action like funding for maternal pens but very little in the way of concrete action on the ground.”

The caribou recovery process has been ongoing for decades, Burkhart said, adding that while the governments were negotiating these agreements two herds have died out.

“So while they’re talking and negotiating, caribou are disappearing.”

A lot of caribou habitat has been logged and lost, which has driven down their numbers, he said.