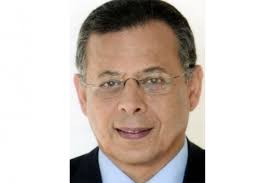 MONTREAL- Quebec’s Revenue Department is trying to seize the assets of a former SNC-Lavalin executive facing trial on fraud-related charges after estimating he owes the government more than $11 million in back taxes. 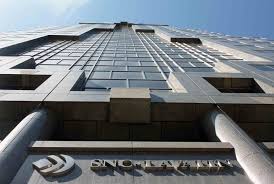 A Feb. 18 court filing alleges Sami Bebawi did not disclose roughly $25 million in revenue he received from 2010-2013. According to the filing, Bebawi allegedly diverted money from SNC-Lavalin’s operations in Libya through shell corporations into bank accounts under his name.

The Revenue Department is asking the Superior Court to lift a suspension on recovery proceedings so it can seize assets located in the province. The department fears that if Bebawi declares bankruptcy, the state wouldn’t be able to impose a legal mortgage on his property and would also lose its position as a guaranteed creditor.

Bebawi is currently awaiting trial on eight charges including fraud, money laundering and possession of property obtained by crime.

Bebawi’s criminal case stems from the same RCMP investigation that led to charges against SNC-Lavalin, which is accused of paying nearly $48 million to public officials in Libya between 2001 and 2011 to influence government decisions. The company is also accused of fraud and corruption for allegedly defrauding various Libyan organizations of roughly $130 million.

The Revenue Department’s court filing indicates that in 2010 and

2011 alone, more than $23.6 million was deposited into Bebawi’s family trust account in Quebec. Court documents state Bebawi claimed most of the money came from his late father’s estate and was therefore not taxable in the province. The Revenue Department, however, says its investigation reveals the money “comes from an origin and a source that are not justified or supported.”

Soon after fellow SNC-Lavalin executive Riadh Ben Aissa was arrested in Switzerland and SNC-Lavalin offices in Montreal were searched in April 2012, Bebawi left Canada. He was out of the country for nearly three years, and the court documents say that in July 2012 he transferred $18.5 million to a bank account in Egypt.

Last July, a Revenue Department official phoned a lawyer for Bebawi to inquire about the $18.5 million and was told Bebawi no longer had it. He was told the money transferred to Egypt “had all been lost on the Dubai stock market,” the court documents say.

Bebawi is the only former SNC-Lavalin employee still facing trial in relation to the Libya dealings. This week another former executive, Stephane Roy, had charges of fraud and bribery stayed by a provincial court judge because of delays deemed unreasonable.

Former SNC-Lavalin CEO Pierre Duhaime pleaded guilty Feb. 1 to a charge of helping a public servant commit breach of trust in connection with a bribery scandal around the construction of a $1.3-billion Montreal hospital. Ben Aissa pleaded guilty last July to a charge of using forged documents in connection with the hospital case and was sentenced to 51 months in prison.