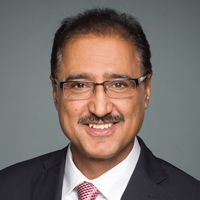 The government bought the pipeline for $4.5 billion last summer only to have the Federal Court of Appeal strike down Ottawa’s approval of it.

The court said Canada failed to meaningfully consult with First Nations and that the National Energy Board failed to examine how the project would affect the ocean ecosystem.

Ottawa is now consulting with Indigenous groups and the board has been reviewing the marine effects.

The board is to have its report ready by Feb. 22.

“They are on schedule,” Sohi said Thursday in Calgary, where he was making a solar-panel announcement.

“I give regular updates to the cabinet … on how we are … making sure the Trans Mountain pipeline expansion moves forward in the right way, dealing with the issues the court has identified.”

Sohi said he has lived in Alberta for 34 years and understands that  oil and gas workers are desperate for the project to move ahead.

(Indigenous) consultations there’ll be a new report prepared for the cabinet to reconsider the decision.”

Sohi said he has consulted with 40 Indigenous groups so far and will be going back to British Columbia in a couple of weeks.

The issues he is hearing about are related to land-title rights, protection of water and fish, oil-spill response and marine safety, he said.

Sohi declined to give a timeline on when to expect a new recommendation from the federal cabinet or whether any action will be taken before the next federal election due later this year.

“I am not in a position to comment on that because my focus is fixing what has been broken and making sure we are moving forward on this project in the right way.”

The Trans Mountain expansion would triple the amount of oil flowing from Alberta to the B.C. coast for export to overseas markets.