BISMARCK, N.D.- North Dakota Republican legislative leaders unveiled a bill Thursday that aims to stop a longstanding disagreement over shared revenues on an oil-rich American Indian reservation in the state.

The bill sponsored by GOP Sen. Jordan Kannianen and the party’s Senate and House majority leaders reworks a tax-sharing agreement that favours the Three Affiliated Tribes on new wells drilled on the Fort Berthold Reservation, which accounts for about a fifth of North Dakota’s more than 1.3 million barrel-a-day oil production. 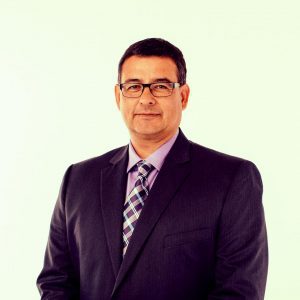 “It’s a good, solid step,” Tribal Chairman Mark Fox told The Associated Press of the measure. “We are very supportive of this change.”

“This was the suggestion the tribes brought to the table,” Tax Commissioner Ryan Rauschenberger said Thursday.

The hope is that the measure will provide tax and regulatory certainty that will spur even more oil production to the benefit of the tribes, state and industry, said Kannianen, whose Senate district includes the Fort Berthold Reservation, home to the Mandan, Hidatsa and Arikara tribes.

“Everyone should benefit because of this,” Kannianen said.

“This is all about certainty and the increased investment that will result,” he said.

Burgum said the legislation, which he supports, will help retain and attract capital and a workforce in the oil patch, which has competition for both from other shale plays outside the state.

“This is a positive step forward,” he said.

The Three Affiliated Tribes and the state have long been at odds over shared tax revenue on the reservation that is in the sweet spot of the Bakken formation and the Three Forks directly beneath it.

An agreement between the tribes and the state was first authorized by the 2007 Legislature after oil companies said it would help promote reservation investment by setting up stable tax rates and rules. Before the agreement, only one well was drilled on the reservation, state and tribal data show. That’s grown to more than 2,000 wells since the agreement was signed.

To date, the state has collected $1.38 billion, with the tribe getting $1.25 billion, state Tax Department data show.

Changes in tribal leadership over the years have led to amended agreements. In 2015, the Legislature passed a measure that abolishes some price-based incentives in exchange for lowering the overall tax rate from 11.5 per cent to 10 per cent, including from wells on the reservation.

Tribal leaders, however, insisted they never agreed to that and re-imposed the higher tax rate for drillers, a move the governor and the state tax commissioner said was improper and violated the accord.

Tribal officials argued the additional revenue was needed for additional law enforcement, road repairs and other consequences of oil development.

The new legislation affects reservation trust lands, which are owned by the federal government and held in trust for the Three Affiliated Tribes or a tribal member, and privately owned “fee” land.

The state Tax Department estimates the tribes will gain an additional $33 million in revenue over the next two-year budget cycle, with the state losing the same sum for the period.

Senate Majority Leader Rich Wardner said the loss in revenue over the next two years is small compared to what the state stands to gain in the future.

“We want certainty. This will be a benefit to all of North Dakota.”