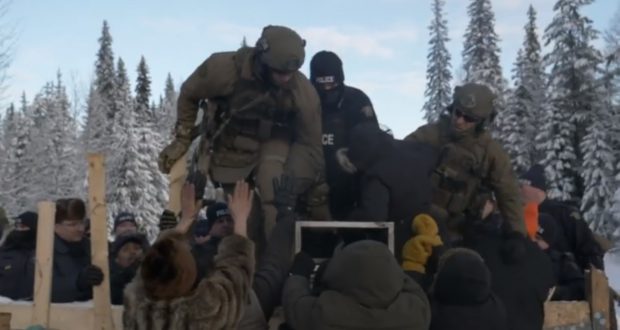 SMITHERS, B.C. – A meeting is underway between RCMP and hereditary chiefs of the Wet’suwet’en First Nation over the details of a tentative agreement that would allow Coastal GasLink the access it needs to a pipeline work site in northern British Columbia. 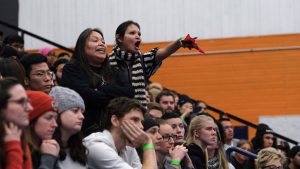 On Thursday, hereditary chiefs told residents and supporters of the Unist’ot’en healing camp that the deal would see members observe a court injunction by allowing the company’s workers and contractors access to the area, so long as the RCMP agree to leave the camp intact.

They are expected to discuss whether the camp can retain a gate at the site, which residents say is vital to their safety.

The RCMP arrested 14 people on Monday and dismantled a nearby checkpoint erected by members of the Wet’suwet’en First Nation, who say the company does not have authority to work there without consent from the nation’s hereditary clan chiefs.

TransCanada Corp. says it has signed benefit sharing agreements with the elected councils of all 20 First Nations along the natural gas pipeline route.

The Coastal GasLink pipeline would run though the Wet’suwet’en territory to LNG Canada’s $40 billion export terminal in Kitimat, B.C.

The interim injunction is meant to prevent anyone from impeding the company’s work until the defendants, which include members of the Unist’ot’en camp, file a response.

Representatives from Coastal GasLink, including president Rick Gateman, waited outside to join the meeting today.