HOUSTON, B.C.- Members of the Wet’suwet’en First Nation in northwestern British Columbia expect RCMP may serve an injunction at a protest camp on a remote forest service road southwest of Houston within hours.

The camp was established almost 10 years ago as a checkpoint to manage entry to traditional territories, but an injunction issued late last year ordered removal of gates across the forest service road.

A blockade across the road was set up more recently and the injunction was expanded to cover it as well.

RCMP enforced that part of the injunction on Monday and arrested 14 people.

TC Energy says all the elected Wet’suwet’en band councils support the pipeline, but the First Nation’s hereditary chiefs oppose its construction through the 22,000 square kilometres of their traditional territories. 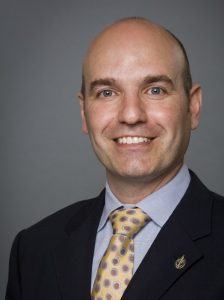 New Democrat MP Nathan Cullen, who represents the area, said the conflict has been developing for years, in part because of a failure to recognize the nuances between elected and hereditary Indigenous governments.

He said Wet’suwet’en band councils have authority over reserves and services, while hereditary chiefs control activities on their traditional territories.

“This is the clash of two forms of government,” he said in an interview Tuesday.

Cullen believes the hereditary leadership is looking for guidance from the federal government and expects Ottawa to recognize and accommodate their rights and title.

“There is a whole series of Supreme Court (of Canada) decisions that say if there are established rights and title-holders, if you are going to infringe on those rights, then you have to justify and accommodate for it,” he said.

Prime Minister Justin Trudeau was to visit Kamloops, B.C., on Wednesday and Cullen expected Trudeau would face some pointed questions during a townhall meeting in the evening.

“He says there is no more important relationship to him than that with Indigenous peoples and that the (LNG Canada) project, the largest in Canadian history, is his government’s top priority.  So if he isn’t going to engage on something like this, I am not sure what would qualify.”