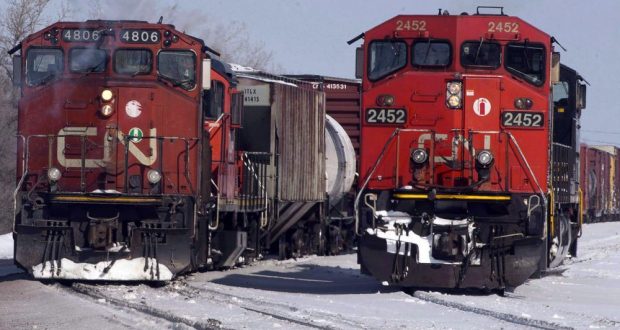 CALGARY-Canadian National Railway Co. says it is planning to build a pilot plant worth up to $50 million next year to create pucks made of oilsands bitumen to transport by rail and ships to customers around the world. 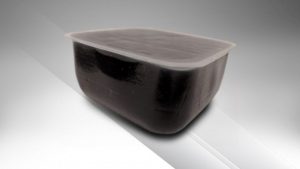 CN has been working for years on a technology that mixes and coats the heavy, sticky oil with polymer plastic, creating a pellet-shaped product called CanaPux that can be shipped in an open rail car and will float if spilled into water.

James Cairns, vice-president of petroleum and chemicals at CN, says the railway is in discussions with the federal and Alberta governments, along with potential oilsands industry partners and the Heart Lake First Nation of northern Alberta, to fund the 10,000-barrel-per-day pilot plant.

He says he hopes pilot project costs will be split into thirds between CN, government and industry.

If the pilot succeeds, CN would build a commercial-sized plant with capacity to convert up to 50,000 barrels per day of heavy crude.

Cairns says the company has signed a memorandum of understanding with an unnamed Asian customer who is interested in importing the pucks to his country and separating the oil and polymer for processing and sale.

“It’s not going to replace pipelines, not even close,” Cairns said, noting the current mismatch between pipeline capacity and western Canadian oil production that has been blamed for punishing price discounts.

“This is just another idea, another way of getting Canadian product to market, that we can build upon.