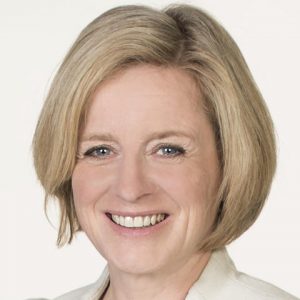 Alberta and Saskatchewan want issues facing the oilpatch to be on the agenda when premiers meet with the prime minister later this week.

They said the current agenda does not include any discussion of a crisis facing the energy industry. Alberta’s oil is currently fetching bargain basement prices thanks to a growing glut and lack of pipeline capacity to get oil to market.

The premiers said the problem is costing Canada $80 million a day and the meeting agenda should reflect that.

“During your recent visit to Calgary, you called the economic impact of the oil price differential a ‘crisis.’ We agree,” Notley and Moe wrote in a letter released Tuesday.

“A crisis of this magnitude must be reflected in any discussion on ‘economic competitiveness.’ We trust that the agenda for our upcoming first ministers meeting can be revised to better reflect the need for a substantive discussion on issues of critical importance to the Canadian economy.”

A statement from the Prime Minister’s Office said those issues will be discussed under agenda items like job creation, trade diversification and competitiveness.

“The first ministers meeting will be an important opportunity for the prime minister and premiers to discuss how we can create jobs and economic growth that benefit everyone across the country in all sectors,” the statement said.

“In particular, the conversations will focus on trade diversification, competitiveness, and how climate change and clean energy initiatives drive growth and job creation.”

While the rest of the world sells its oil at about $50 per barrel, Notley has said Alberta fetches only $10.

Notley has ordered a mandatory cut to oil production which amounts to 8.7 per cent of output to reduce the glut of oil forcing the steep discounts. The cuts are scheduled to end on Dec. 31, 2019.

Alberta is also planning on buying as many as 80 locomotives and 7,000 rail tankers ,expected to cost hundreds of millions of dollars, to move the province’s excess oil to markets and address the pipeline bottleneck.

The Trans Mountain expansion project, which would triple capacity to the B.C. coast, is now in legal limbo despite being approved two years ago as Ottawa revisits the impacts on First Nations and B.C.’s marine environment.

The premiers are scheduled to meet with Trudeau in Montreal on Friday.