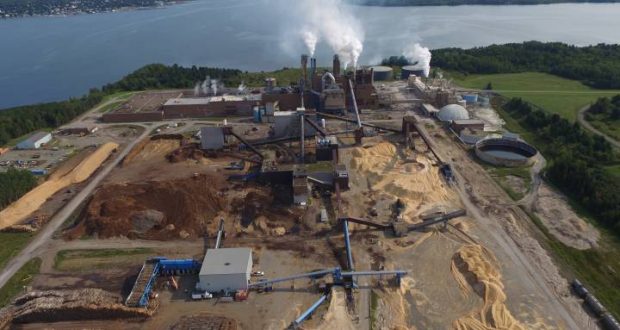 PICTOU, N.S. _ A Nova Scotia pulp mill is asking for public support for more time to build an effluent pipeline to the ocean, even as one of province’s best-known Hollywood actors retweets comments critical of the plant.

Kathy Clouthier, a spokeswoman for parent company Paper Excellence, says the Northern Pulp mill is hoping people and groups in the province’s forestry industry will issue public declarations in support of an extension for the effluent pipe project.

She said people who work in forestry realize the major impact if the 330-employee mill can’t operate because it can’t discharge its treated waste into the Northumberland Strait. 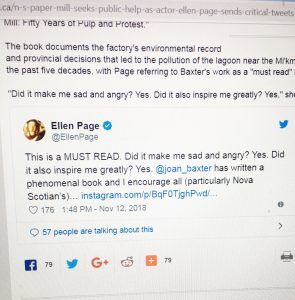 Her appeal came as the province’s environment minister, Iain Rankin, made crystal clear his government won’t change the Jan. 30, 2020, deadline as five-year old legislation requires the shutdown of the Boat Harbour treatment lagoon at the Pictou Landing First.

Meanwhile, Ellen Page, an actor who played roles in “Inception,” “Juno,” “X-Men” and 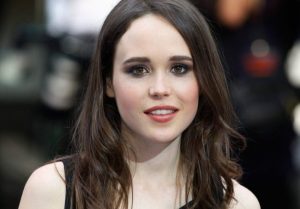 numerous other films, tweeted this week in support of Joan Baxter’s book “The Mill: Fifty Years of Pulp and Protest.”

The book documents the factory’s environmental record and provincial decisions that led to the pollution of the lagoon near the Mi’kmaq First Nation over the past five decades, with Page referring to Baxter’s work as a “must read” in capital letters.

“Did it make me sad and angry? Yes. Did it also inspire me greatly? Yes,” she tweeted. 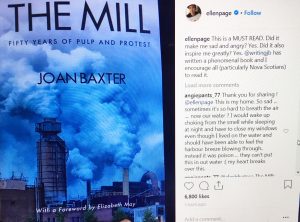