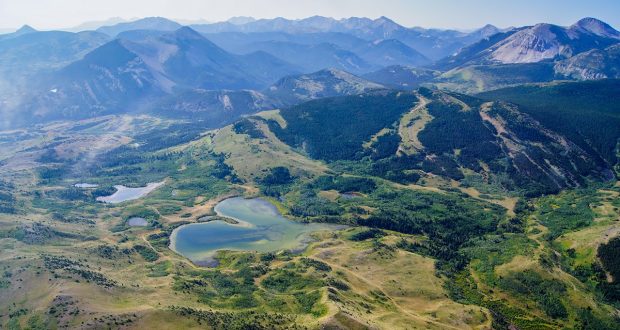 Zinke said it would be inappropriate to allow drilling in northwestern Montana’s Badger-Two Medicine area, site of the creation story for the Blackfoot tribes. He’s asked government attorneys to appeal a September ruling that reinstated a nearly 10-square-mile (26-square-kilometre) oil and gas lease in the area bordering the Blackfeet Reservation and Glacier National Park.

The lease had been cancelled under President Barack Obama at the urging of the tribes and environmentalists before it was reinstated by U.S. District Judge Richard Leon.

“I have tremendous respect for the Blackfeet Nation and strongly believe resource development in these most sacred of lands would be inappropriate,” Zinke said in a Tuesday interview with The Associated Press.

An appeal will pit Zinke’s agency against an oil and gas company’s development plans, a relatively uncommon position for the pro-energy Trump administration.

“I’m very disappointed,” Solenex attorney William “Perry” Pendley with the Mountain States Legal Foundation. “What Zinke is asking for is the right of a secretary of Interior to cancel any oil and gas lease at any time for any reason.”

Solenex has held the lease for more than 30 years. It has not yet drilled because of numerous bureaucratic delays within the U.S.

departments of Interior and Agriculture that prompted the company to sue in 2013.

The Badger-Two Medicine area is part of the Rocky Mountain Front, a scenic expanse of forested mountains that’s been subject to a long campaign to block oil and gas development and mining.

Congress in 2006 provided tax breaks and other incentives that prompted 29 leaseholders to relinquish their drilling rights, but some leaseholders declined the offers. Fifteen leases in the area were given up voluntarily by Devon Energy in 2016, and the government later cancelled what had been the last two leases in the area.