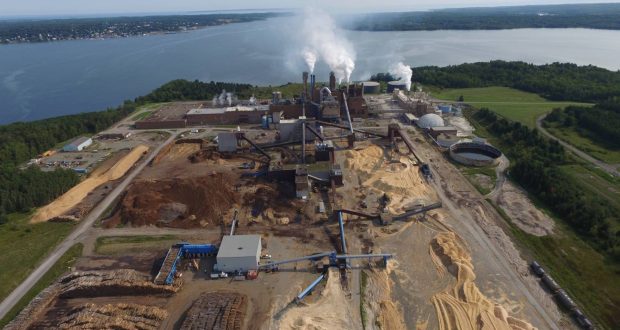 A Northern Pulp mill near Pictou Landing reported a leak on one of their effluent pipes in October. (Northern Pulp Corporation photo)

PICTOU, N.S.- A group of Northumberland Strait fishermen say they will block a survey boat hired by the Northern Pulp mill from entering the strait to do work on a proposed new route for an effluent pipe. 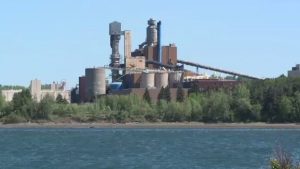 Darryl Bowen, a fisherman from Caribou, N.S., says he will make sure his boat or another fishing vessel is placed in front of the survey vessel if it attempts to leave Pictou’s harbour in northeastern Nova Scotia.

The 48-year-old fisherman says his group has a number of fishing boats available to move quickly to block the survey vessel if it attempts to leave.

“If they try to get out, we’re just going to keep getting in front of them so that they can’t get by us,” he said, adding there were six or seven boats in the harbour mouth on Monday. The harbour mouth is about one kilometre wide.

He says the protest by fishermen from several ports started Monday but will continue as long as necessary to prevent the survey from taking place.

Bowen says the view of the fishermen is that it’s safer to prevent the surveyors from entering the strait than having the vessel go out on open water and be confronted by hostile fishing boats, as occurred recently.

“The last time they got out there, we went up (to them) and it didn’t take long for them to run back to shore,” said Bowen, who fishes lobster, crab and scallops.

A spokeswoman from Northern Pulp was not immediately available for comment.

Though the Northern Pulp mill near Pictou provides key jobs for the town of about 3,000 residents, its pipeline plan has raised concerns about the impact on the lobster fishery, other seafood businesses and protected areas along the coast.

Under provincial legislation, the mill has until 2020 to replace its current wastewater treatment plant in Boat Harbour, and Premier Stephen McNeil has confirmed he is sticking with that deadline.

After years of pumping 70 million litres of treated waste daily into lagoons on the edge of the nearby Pictou Landing First Nation reserve, Northern Pulp wants to pipe it directly into the strait that separates Nova Scotia from P.E.I.

The lagoons contain nearly 50 years worth of toxic waste, which former Nova Scotia environment minister Iain Rankin has called one of the worst cases of environmental racism in Canada.

The mill’s parent company, Paper Excellence of Richmond, B.C., has said the mill and its 300 employees will be out of work unless it can build a pipeline to the strait.