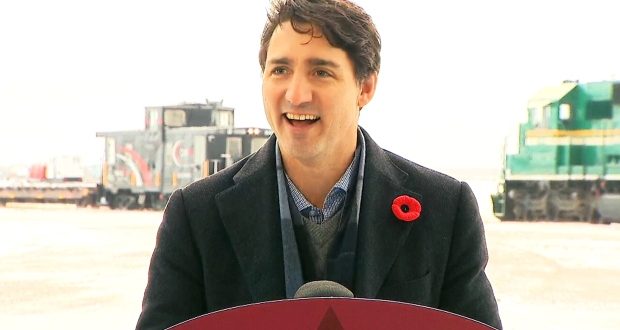 CHURCHILL, Man.- Prime Minister Justin Trudeau is to visit the northern Manitoba community of Churchill today as residents celebrate the arrival of the first train to roll into town in more than a year.

The train pulled in Wednesday evening, surprising residents who expected it to arrive the following day.

Flooding in the spring of 2017 damaged the tracks and severed the only land link to the town, so goods and people have had to be flown in at skyrocketing costs.

The federal government provided $74 million to help fix the railroad and buy it, along with the town’s port, from Denver-based Omnitrax.

Another $43 million is to be doled out over 10 years to subsidize operations.

The assets were bought by the Arctic Gateway Group, a partnership between several First Nations communities, Fairfax Financial Holdings in Toronto and Regina-based AGT Food.

Churchill, known as the polar bear capital of the world, has planned a street party as part of the celebration with Trudeau.