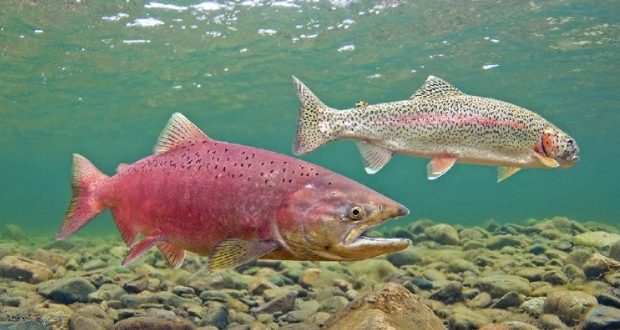 PORTLAND, Ore.- Alaska and Canada would reduce their catch of endangered Chinook salmon in years with poor fishery returns under an agreement that spells out the next decade of co-operation between the U.S. and Canada to keep various salmon species afloat in Pacific waters.

Members of the Pacific Salmon Commission recommended a new 10-year conservation plan to the U.S. and Canadian governments Monday that would run through 2028 and involve Canada, Alaska, Washington, Oregon and a number of  tribal nations in both countries.

The commission has been meeting since 2016 to update the plan. It must be approved by both federal governments.

The international commission first met in 1985 to create more co-operation between Canada and the U.S. on how to protect migrating salmon.