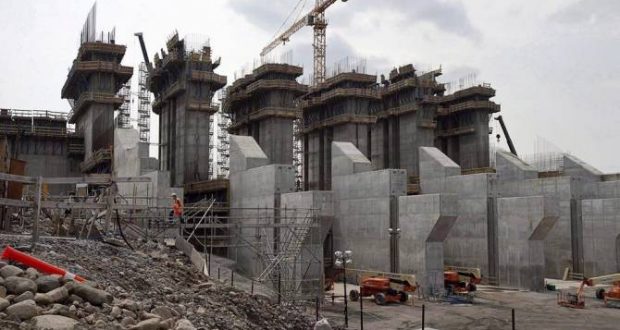 Inquiry into Muskrat Falls megaproject ‘boondoggle’ to begin in Labrador

The hydroelectric facility at Muskrat Falls, Newfoundland and Labrador.

JOHN’S, N.L.- It has been called a “boondoggle,” by the man in charge.

The Muskrat Falls hydro megaproject, a massive dam and powerhouse harnessing the lower Churchill River near Happy Valley-Goose Bay in Labrador, is not even yet complete.

But a public inquiry begins Monday on how its cost has already doubled to more than $12.7-billion, with the bill handed to a province of just 530,000 people, or fewer than the city of Brampton, Ont.

“Muskrat Falls in a small province with very little money is enormous,” said David Vardy, an economist and former chair of the Public Utilities Board who will testify at the hearings.

“Muskrat Falls is too big for a little province like us, particularly on the backs of the ratepayers.”

The 824 megawatt hydroelectric dam, being developed by the Crown-owned Nalcor Energy, will eventually send power to Newfoundland and later Nova Scotia through subsea cables.

Former Tory premier Kathy Dunderdale spoke of the “lasting benefits to the people of Newfoundland and Labrador” when she announced that the province’s largest-ever public expenditure was officially sanctioned in December 2012.

But as construction delays and cost overruns mounted, current Liberal Premier Dwight Ball called it “the greatest fiscal mistake in Newfoundland and Labrador’s history,” and called the inquiry.

The independent inquiry led by provincial Supreme Court Justice Richard LeBlanc will examine how the Labrador project was approved and executed, and why it was exempt from oversight from the Public Utilities Board.

Piecing together the story of where the Muskrat Falls project went wrong is a sizable task, and the probe’s conclusions won’t be available any time soon. There are more than 100 days of hearings scheduled until August 2019.

Co-counsel say they have interviewed hundreds of witnesses and reviewed 2.5 million documents, some consisting of hundreds of pages, in preparation.

The final report, expected Dec. 31, 2019, just after the next provincial election, will include LeBlanc’s recommendations but will not make findings of criminal or civil responsibility.

“While we cannot undo the past, we can learn from it,” LeBlanc said when the inquiry was announced last November.

The first phase of hearings, opening in Happy Valley-Goose Bay before moving to St. John’s next month, is focused on the project’s sanctioning and the involvement of the Public Utilities Board. The board declined to endorse the project before it was sanctioned in 2012, citing a lack of updated information.

High profile witnesses like former premiers Dunderdale and Danny Williams are scheduled to appear before phase one wraps in December.

In the first few days, people in Labrador and watching online will also hear from Oxford University economics professor Bent Flyvbjerg, whose faculty profile calls him “the most cited scholar in the world in megaproject planning and management.”

Stan Marshall, the current CEO of Nalcor Energy who famously called it a boondoggle, is scheduled for the first few days of hearings, as are representatives from the Nunatsiavut Government, the Innu Nation and the NunatuKavut Community Council. 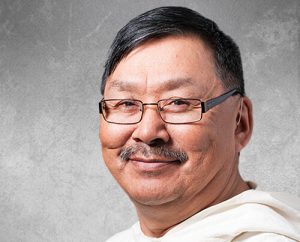 The Innu Nation, which has been involved in Muskrat Falls planning under an impact and benefits agreement, said in a statement from Grand Chief Gregory Rich and Deputy Grand Chief Etienne Rich that “we look forward to participating in the inquiry to help it tell the story of the Muskrat Falls project.”

Representatives from accounting firm Grant Thornton will also be in Labrador to present findings from an investigative forensic audit into the decision to sanction the project.

Phases two and three, scheduled for next year, will look at construction, oversight and policy moving forward.

As LeBlanc said, the inquiry will not undo the past, especially as the drawn-out project is now more than 90 per cent complete. But the public airing of past decisions may offer some comfort for residents who are now facing the possibility of doubling electricity rates.

Memorial University political science professor Stephen Tomblin said the project was popular when Williams championed it as a form of energy independence from Quebec.

He cites the “appetite for getting back at Quebec” for the notorious 1969 Churchill Falls deal which has generated more than $27.5 billion for Hydro-Quebec and about $2 billion for Newfoundland and Labrador to date.

Williams retired from politics shortly after announcing the plan in 2010.

Dunderdale’s government then sanctioned the project two years later with the understanding that costs would be covered by provincial electricity rates, emboldened by a healthy economy from offshore oil revenues and backed by a federal loan guarantee to the tune of $1-billion.

Tomblin said the inquiry might bring about change, but it all depends on what Ball and his government choose to do with the findings.

“I hope something positive comes out of it, but I wouldn’t hold my breath.”