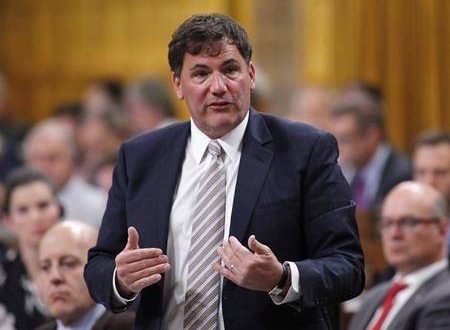 Ethics Commissioner Mario Dion said in a report today that LeBlanc knew his wife’s first cousin was involved in the Five Nations Clam Co. when he awarded it a multi-million dollar license in February.

LeBlanc should have recused himself from the decision, since it provided an opportunity to further the private interests of his spouse’s cousin, Gilles Theriault, Dion says in his ruling.

The deal, which would have ended a 19-year monopoly on the Arctic clam fishery held by Clearwater Seafoods, was supposed to offer 25 per cent of the catch to local Indigenous communities to help promote reconciliation and economic growth.

But it came under scrutiny after court documents suggested the company did not meet the federal government’s initial eligibility requirements, and that the company had close ties to the federal Liberal party – including the family ties to LeBlanc.

Dion says he decided on his own to launch an investigation into the deal after he became aware of the family connection involving Leblanc and the company.

LeBlanc was shuffled out as fisheries minister in July, the same month the government decided to cancel the license and start the process over.

New Fisheries Minister Jonathan Wilkinson said in August the licence cancellation had nothing to do with the ethics issue facing LeBlanc and that he didn’t think LeBlanc had acted inappropriately.

cancelling the licence means Clearwater Seafoods will continue their monopoly at least until 2020.

Despite the cancellation of the licence, Dion’s ethics probe continued.

The deal itself came as a result of a government decision to issue a fourth license to fish Arctic surf clams in the Atlantic.

A tender was issued in 2017 and on Feb. 21, LeBlanc announced the licence had been awarded to Five Nations. He described the company as “comprised of First Nations from Quebec, Nova Scotia, Newfoundland and Labrador, Prince Edward Island and New Brunswick.”

Later, the Miawpukek Band in Newfoundland, which had submitted a separate proposal, launched a court challenge alleging LeBlanc breached his duty of fairness in awarding the licence to Five Nations.

At the time, Five Nations only had two Indigenous partners: the Elsipogtog First Nation in New Brunswick and the Nutashkuan 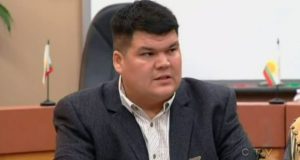 Court documents show LeBlanc not only knew Five Nations did not have confirmed partners in P.E.I., Nova Scotia or Newfoundland, but also indicate that even as he was approving their bid, he was urging the company to quickly rectify the problem.

“Please take next steps with proponent #6 (Five Nations) and ensure that additional Indigenous communities are quickly confirmed,” LeBlanc wrote in a handwritten scrawl on the final approval document.

Dion notes LeBlanc confirmed that he personally read all nine proposals submitted to him for review by the Fisheries Department.

He also notes that Theriault’s name was included within the Five Nations proposal – an addition that Theriault told the commissioner was made to “give more credibility to the submission due to his many years of experience related to Indigenous communities and fisheries.”

In his submissions to Dion, LeBlanc argued that he is not close with Theriault and that he did not believe Theriault’s spousal ties would define him as a relative within the conflict of interest law.

Dion disagreed with this, and also noted LeBlanc had met with Theriault prior to awarding the clam licence to Five Nations, during which time they discussed the issue.

“The inclusion of Mr. Theriault’s name in the proposal, while no doubt adding to its credibility due to his extensive involvement in the seafood industry and with First Nations in New Brunswick, should have put Mr. LeBlanc on notice of the existence of a potential conflict,” Dion writes in his ruling.

Conservative MP Todd Doherty has long been critical of the Five Nations deal. In April he called for Dion to investigate the deal because of other ties between the Five Nations Company and the Liberal party. 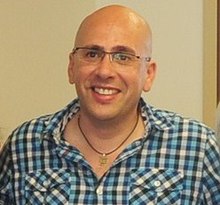 Dion found that Doherty’s request for a conflict investigation based on these ties did not meet the requirements of the conflict act.

Three days later, Dion became aware of the family connection and launched his own investigation.

In a tweet, NDP ethics critic Charlie Angus says the ruling is “a sad reminder that this government’s ethical shortcuts are a real roadblock to reconciliation and sustainable development for Indigenous communities.”