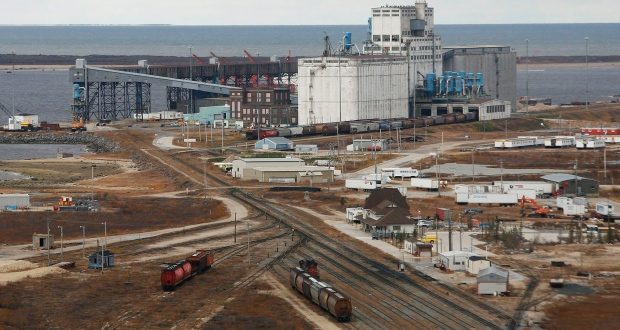 CHURCHILL, Man.- A partnership taking over a port and broken railway in northern Manitoba says it hopes it’s the start of a new era of jobs and economic growth in the Churchill region.

First Nations and municipalities that are part of the deal will be first in line for jobs and contracts.

Grand Chief Arlen Dumas of the Assembly of Manitoba Chiefs says that’s in keeping with agreements that govern business on Aboriginal land in the area.

The rail line is the only land link to Churchill on Hudson Bay, and damage from flooding in 2017 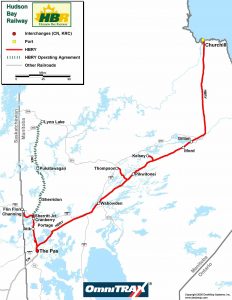 forced fuel and food to be flown into the town at exorbitant costs.

On Friday, the federal government announced the sale of the Hudson Bay Railway, the Port of Churchill and the Churchill Marine Tank Farm.

One of the new partners says Ottawa is providing long-term financial aid, although no cash figure has been released.

“Over the last eight months we have been working diligently with our many partners to come together, develop a business plan and satisfy the principles for successful new ownership,” Paul Rivett, president of Fairfax Financial Holdings, said in a release Tuesday.

“The government of Canada acknowledges the value and importance of our inclusive group and is supportive of our efforts providing a long-term support package through Western Diversification and Export Development Canada.”

U.S.-based owner Omnitrax had refused to repair the line, which the company said had been losing money for years and would cost tens of millions of dollars to fix.

Jim Carr, federal minister of international trade diversification, said on Friday the government believes there is “real potential for the line and the ports to be profitable.”

Missinippi Rail has 50 per cent ownership.

Rivett said a contract has been awarded to Cando Rail and Paradox to repair the rail line and upgrade the port “to efficiently operate freight and passenger services to the northern communities and the port.”

“We are racing against time to attempt to restore services prior to the winter season,” he said.

“This is a strong deal for our northern First Nation communities and a strong departure from the status quo of uncertainty over the future operation of these critical pieces of infrastructure,” Dumas said.

“I am proud of our people and look forward to the successes that this project will enable.”

The new owners were to be in Churchill on Tuesday.