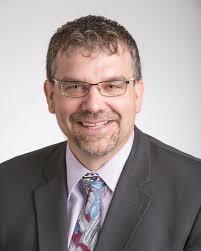 VANCOUVER, June 6, 2018 – GOLDCORP INC. (TSX: G) (NYSE: GG) (“Goldcorp” or “the Company”) and three First Nation communities including Brunswick House First Nation (BHFN), Chapleau Cree First Nation (CCFN), and Chapleau Ojibwe First Nation (COFN) are pleased to announce the signing of an Impacts and Benefits Agreement (IBA) with respect to the development and operation of the Borden Gold project near the town of Chapleau in northern Ontario. Goldcorp now has collaborative agreements in place with 26 First Nations which assert Aboriginal and treaty rights in the vicinity of its operations in Canada.

Under the agreement, Goldcorp recognizes and respects the rights and interests these First Nations have around the Borden project site, and the three First Nation communities recognize and support Goldcorp’s rights and interests in the development and future operation of the mine. The agreement also reflects Goldcorp’s commitment to protecting the environment and supporting Aboriginal social and cultural practices in a spirit of continued collaboration.

“Successful relationships are built on trust, mutual respect, meaningful engagement, and they require sincere commitment from all involved. I’m pleased with the work accomplished by the group and I feel very proud that Goldcorp is the first mining company to partner with the Brunswick House, Chapleau Cree and Chapleau Ojibwe First Nation communities. We recognize the importance of nurturing our partnerships and collaborating with our project neighbours to ensure the sustainability of the local communities surrounding Borden Gold,” said Marc Lauzier, Mine General Manager at Goldcorp’s
Porcupine Gold Mines, responsible for the development of Borden.

After over two years of open, honest communications, the IBA outlines provisions for environmental and health protections that combine innovation and the use of modern technology to develop Borden Gold into Canada’s first “all electric” underground mine, eliminating the use of vehicles powered by fossil fuels. The agreement also includes provisions for employment and training, and business and contracting opportunities, along with a framework for regulatory permitting.

“On behalf of our council and our community members, I am pleased we have entered into the Impacts and Benefits Agreement with Goldcorp for the Borden Gold project. This is our first partnership in mining, and although our relationship is young and still evolving, we are hopeful for the future of the project and for the opportunities that it will create. We appreciate the efforts of Goldcorp and are thankful for them recognizing our connection to the land and for their commitment to protecting it while in their care,” said Chief Lisa VanBuskirk of Brunswick House First Nation. 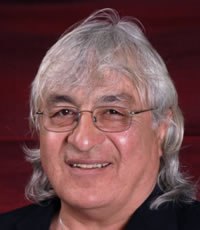 Chief Keith Corston of Chapleau Cree First Nation commented: “The Chapleau Cree First Nation is pleased to have entered into this agreement with Goldcorp. This is an important milestone in our journey to form meaningful relationships with industry and to create sustainable opportunity for our community. Open and trusting dialogue and engagement are the cornerstones of successful relationships and we trust in Goldcorp to uphold the highest standards of environmental protections so that our future generations of children and families can continue practicing a cultural and traditional way of life.”

Chief Anita Stephens of Chapleau Ojibwe First Nation remarked: “As the Chief of the Chapleau Ojibwe First Nation, I extend my esteemed congratulations on the Borden Gold development and the processes by which it has come to be. I would also like to convey that I am proud and excited about the future.  These years of negotiations, which included trust and relationship-building, unlock exciting possibilities and prospects regarding this project. It is with great respect and humility that we took part in and witnessed the commitments and responsibilities with Goldcorp’s 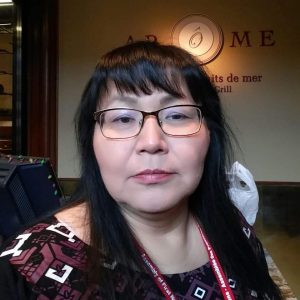 involvement with the aboriginal communities.”

Goldcorp’s Borden project will be starting a bulk sample extraction of up to 30,000 tonnes shortly, with the first sample expected by the end of the summer. Commercial operation of the mine is anticipated to begin in 2019.

Goldcorp is a senior gold producer focused on responsible mining practices with safe, low-cost production from a high-quality portfolio of mines.

Brunswick House First Nation is situated south of the Borden gold project on Hwy 101 East, near the town of Chapleau, Ontario. A member of the Nishnabe-Aski Nation, BHFN is also affiliated with the Wabun Tribal Council.

Traditionally, members were mainly trappers and fur-traders. However, they are currently pursuing opportunities in mining, renewal energy, blueberry farming and provide for educational, health and employment & training opportunities for its’ membership.

Chapleau Cree First Nation (Fox Lake Reserve) is situated 5 kilometres southwest of the town of Chapleau, Ontario. In 1989, the Chapleau Cree First Nation negotiated with the Federal and Provincial governments and the local municipality for land to establish a permanent community. Employment and infrastructure has increased over the years and the reserve now houses 30 homes, a senior’s residence (Mukeso House), Administrative Offices Band Complex (Isiah Saylor’s Complex), Health Centre, Public Works Garage, Water Treatment Plant, and the band-owned Pimii Kamik Gas Bar. They are part of the Nishnawbe-Aski Nation.