TORONTO- The Ontario government says it has signed agreements to share the revenue from mining and forestry projects with First Nations, saying the deals are the first of their kind in the province.

Under the agreements, the province will share 45 per cent of its revenue from forestry stumpage, 40 per cent of the annual mining tax and royalties from active mines at the time of signing, as well as 45 per cent from future mines in relevant areas.

The province says the deals were developed in collaboration with its First Nations partners, Grand Council Treaty #3, Wabun Tribal Council and Mushkegowuk Council, and could benefit 39 communities across them.

The government says the First Nations will have full control over the allocation of its share into initiatives that support economic development, education, health and other priorities.

The announcement comes just days after Tory Leader Doug Ford announced his party would introduce resource revenue-sharing if elected in June, though Ford did not specify what the split would be.

Liberal Premier Kathleen Wynne said her government has been working on the agreements for some time. 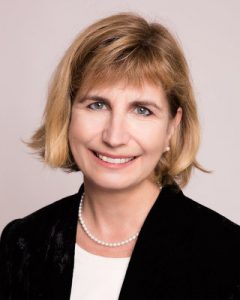 “These agreements are a historic moment for the province of Ontario. Resource revenue sharing represents the commitment Ontario has to reconciliation and will support economic development opportunities to build healthy and prosperous communities across Ontario’s north.,” said Minister of Natural Resources and Forestry Mathalie Des Rosiers

“Resource revenue sharing provides a sustained source of funding for First Nations that will be directed towards local community priorities. These agreements are a positive step forward and an important part of Ontario’s journey of reconciliation with Indigenous peoples.” said  Michael Gravelle, Minister of Norther Development and Mines.

“Sharing the wealth generated through resource development in the traditional territories of the First Nations member to Wabun has been among the primary goals of our leadership for decades. Only through the political resolve of Ontario, does this long outstanding partnership between our First Nations and Ontario occur. I would further recognize the Chiefs and member First Nations of the Wabun Tribal Council whose wise leadership guided the process to this successful conclusion. Finally, I would like to acknowledge the many dedicated members of the Ontario Public Service and the Wabun Tribal Council advisors whose significant efforts, diligence and dedication over the last five months made this sharing a reality.”

“Resource revenue sharing is a step in the right direction towards reconciliation. Our communities are continuing to take steps towards the long term goals to achieve financial independence and sovereign wealth. We as communities can be ambitious in achieving our goals while retaining our position as the stewards of the land and the First peoples of Turtle Island.”

“The Anishinaabe Nation in Treaty #3 has long awaited to receive and become partners in resource revenue sharing, and moving towards acknowledging the Treaty – that we prosper as long as the sun rises and the water runs. The Forestry and Mining Resource Sharing Agreement with the Province of Ontario is an important step towards more meaningful discussions on reconciliation, economic prosperity, and continued improvement in relationship building between the Anishinaabe Nation and the Crown.”