CALGARY- Shares in Enbridge Inc. closed down more than five per cent on Tuesday, the day after a judge in Minnesota recommended that its Line 3 pipeline replacement project follow the existing route across the state rather than the company’s preferred route. 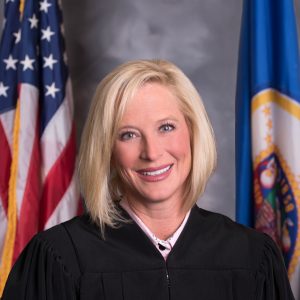 The administrative law judge’s report could mean delays for the project if the Minnesota Public Utilities Commission adopts her recommendation, analysts at Desjardins Capital Markets said in a report. A vote is expected in June.

Desjardins said utilizing the existing route would mean physically removing the old pipe and replacing it, a process that would require Enbridge to stop oil shipments for about 16 months, effectively removing 390,000 barrels per day of crude oil takeaway capacity.

Judge Ann O’Reilly wrote that Enbridge has established that the project is needed, but that the negative consequences to Minnesota of the company’s more southerly preferred route outweigh the benefits. The cost-benefit analysis shifts in favour of approving the project if Enbridge builds 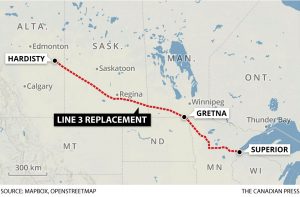 the pipeline in Line 3’s existing trench, she said.

O’Reilly’s recommendations aren’t binding on the commission, but they’re the product of an extensive public hearing and comment process.

Commission Chair Nancy Lange acknowledged at a hearing last month that whatever the commission decides, the dispute is likely to end up in court.

Enbridge said in a statement that it was pleased the judge listened to the extensive evidence for the need for the project, and will be taking time to review the recommendation that it use the existing right-of-way.