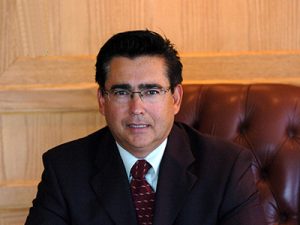 On April 4, 2018, Robert Kay resigned as President and as a Director of our Company. Mr. Kay’s resignation per his letter was not the result of any disagreement with the company.

On April 4, 2018, Michael Matvieshen CEO and Director, was appointed President and Co-Chairman.

On March 31, 2018, Robert Louie, Ronald Cannon, and Donald P Schultz were appointed Directors and on April 4, 2018 Darryl Deadmarsh was also appointed as a Director of the company. In addition, Robert Louie was appointed Chairman.

Robert Louie, LL.B, OC, Hon. Dr. LL.B is the former Chief (24 years) of the Westbank First Nation (which is a Self-Governing Nation), and has served on numerous Boards, Companies and Special Appointments with Government and private industry for over 30 years. He has extensive experience in real estate development and has focused primarily on working with First Nations on land and governance matters throughout Canada.

Mr. Cannon was elected as Member of Parliament of Canada from 2006-15. He is only 1 of 3 Member of Parliament not in cabinet to serve on the Treasury Board Sub-Committee on Government Administration and as such he became entitled to the title “Honorable” as a life time member of the Queen’s Privy Council for Canada.

Mr. Cannan served a total of 9 years on Kelowna City Council. During this time, he also served as a Director for the Central Okanagan Regional District/Hospital District Board, 5 years on the executive of the Okanagan Mainline Municipal Association executive (including two years as President) plus two years as Director on the Union of BC Municipalities Executive.

Mr. Donald Schultz has been a consultant on the application and operational team for various licensed ACMPR’s. He was the founder and President as well as Senior Responsible person in charge for WeGrow, a Licensed ACMRP Cannabis producer in Creston BC.

Donald is a graduate of the University of Colorado’s Medical Marijuana Business Management program, and is Master Cultivator and Medicine Extractor. He started Greenline Academy to educate people in the medical marijuana industry across Canada, which has led to a highly successful on-line education system. He has been consulting in commercial and medical licensing, cannabis education and is familiar with all aspects of the Cannabis industry.

The Company also announces the resignation of Robert Kay as a Director and as President of the Company, effective immediately.

The Board would like to thank Mr. Kay for his contributions to the Company and wish him well in his future endeavors.