TORONTO- A new agreement between Ontario First Nations, the federal government and the province will see 16 northern communities connected to the power grid in a $1.6-billion project that will end their dependence on diesel fuel for power.

The work, to be done in phases, is expected to completed by 2023 and will shift the communities to the provincial electricity grid.

Premier Kathleen Wynne said the Wataynikaneyap Power Grid Connection Project will be the largest Indigenous-led and Indigenous-owned infrastructure project in the province’s history.

“(The project) will mean thousands of people will no longer have to rely on dirty diesel fuel to meet their energy needs,” Wynne said in a statement. “Access to clean, reliable and affordable electricity will open up new economic opportunities. It will lower the cost of housing and help ensure a clean supply of drinking water. It will mean cleaner air and a healthier place to live right now, and in the future.”

Wataynikaneyap Power, a majority-owned company by 22 northern First Nations, was founded in 2015 and will build the connection to the grid. 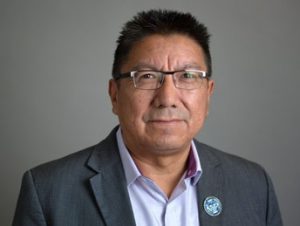 “Wataynikaneyap has made tremendous progress connecting 16 remote First Nations to the provincial electricity grid in the first phase of this project, and we are pleased that Ontario has funded the expansion of this vital infrastructure to more remote communities,” Fiddler said. “Connecting our remote First Nations to the provincial energy grid will finally end their reliance on costly and dirty diesel generation and help bring health and economic benefits to our communities.”

In 2014, a study by Ontario’s Independent Electricity System Operator determined that there was a positive business case to extend the provincial electricity grid to 21 of the 25 First Nations that depend on diesel.

The federal government will cover the cost of the project.

Kenora MP Bob Nault said the groundwork for this announcement was laid in August 2017 with $60 million to build a 117-kilometre grid line from Red Lake, Ont., to Pikangikum First Nation. That work is scheduled for completion in late 2018.

“This historic investment will bring with it new economic development opportunities, better access to services and create safer and healthier communities,” Nault said in a statement. 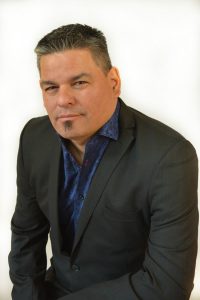 In a statement Ontario Regional Chief Isadore Day said  “On behalf of the Chiefs of Ontario, and the 133 First Nations that make up our Assembly, I want to acknowledge the leadership and dedication of the Watay Power Executive, led by board chair Frank McKay and CEO Margaret Kenequanash

Today’s announcement of $1.6 billion in funding to complete the Wataynikaneyap Transmission Project to 17 communities by 2023 is truly Reconciliation in action and an historic day. Sustainable, reliable hydro power will allow these communities to join the 21st century with all Ontarians and Canadians.

There are 22 First Nation communities working together and controlling development of infrastructure within their traditional lands is unprecedented, and will be a catalyst for greater prosperity and economic self-determination.

To the leaders who make up the Watay Board – congratulations on this huge success; it will be one of this country’s most important infrastructure developments of this century!  Over the past decade, these leaders have remained focussed; steadfast; and disciplined – asserting their treaty authority and upholding their responsibilities to the next generation!

Now that’s something to be proud of!!

To Ontario, Canada and the Watay Power Private Sector Partners – congratulations to you for having a hand in making reconciliation a reality, and for being part of the recognition of our First Nations rightful place in a 21st century economy. Together, in partnership, you are working towards improved quality of life of the 22 communities in the project region!

Watay is a shining example of the Spirit, Intent and Implementation of the treaties!

Best Wishes to the Chiefs, as you work toward the next milestone in this magnificent venture!!