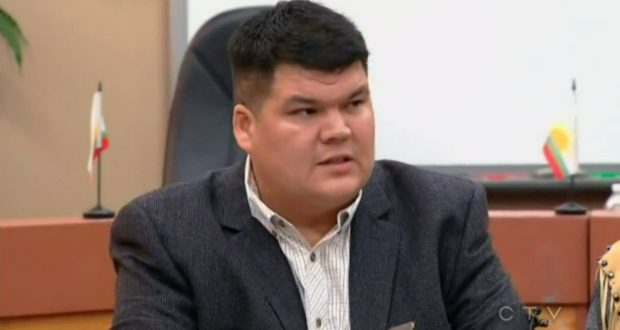 HALIFAX-Premier Stephen McNeil says he doesn’t know whether a Nova Scotia Mi’kmaq band is part of a group awarded a lucrative surf clam fishing licence by Ottawa ,but says the licence shouldn’t be awarded if there isn’t one.

McNeil says he’s not concerned about who gets the licence as long as there is participation by Mi’kmaq in his province.

McNeil says he has not had any discussions with LeBlanc since the decision was made.

The New Brunswick First Nation at the centre of a dispute over a lucrative clam fishing licence has released a list of its Indigenous partners in Atlantic Canada and Quebec, but the new information is unlikely to quell complaints about how the licence was awarded.

Chief Aaron Sock of the Elsipogtog First Nation issued a statement late Thursday saying the partners in the new Arctic surf clam venture include the Abegweit First Nation from P.E.I., and the Potlotek First Nation from Nova Scotia, both of which are Mi’kmaq bands.

As well, he said the partnership with Cape Breton’s Premium Seafoods Group includes the Innu First Nation of Nutashkuan from Quebec

and the Inuit of Nunatukavut in Labrador.

Together, their new consortium is called Five Nations Clam Company.

“We believe that this is a tremendous opportunity for these Indigenous communities to further increase their involvement in the fishery and we pledge our full commitment and co-operation to our partners in working towards this goal,” Sock said in the statement.

On Wednesday, LeBlanc rejected calls to reverse his decision, saying he wasn’t surprised there was discontent among those whose proposals failed to win approval.

However, LeBlanc also confirmed that Five Nations only had “reserved spots” for other Indigenous groups when the decision was made.

The Elsipogtog First Nation, which sits just outside LeBlanc’s federal riding, issued a statement on Wednesday saying it had signed memoranda of understanding with Indigenous communities from Quebec and the four Atlantic provinces, but the statement did not say when the agreements were signed.

Newfoundland and Labrador Fisheries Minister Gerry Byrne said the use of “reserved spots” doesn’t meet the criteria for the federal government’s original request for proposals, and he renewed his call for LeBlanc to rescind his decision.

Byrne is demanding a meeting with LeBlanc, and he said the anger over his federal colleague’s actions is rising.

“I think the chorus of those voices will grow,” he told reporters Thursday.

LeBlanc’s decision to accept the use of Indigenous “placeholders” must be challenged, he said.

The Arctic surf clam fishery generated $90 million in sales in 2016 and mainly supplies the Asian sushi and sashimi market.

The fishing grounds are located off Nova Scotia and eastern Newfoundland, and the current catch-limit is about 38,000 tonnes.

LeBlanc’s decision ended a monopoly for Halifax-based industry giant Clearwater Seafoods Inc., which supports the initiative but is also calling for a review.

Clearwater, which must give up a quarter of the allowable catch, had submitted a proposal that included a partnership with the Assembly of Nova Scotia Mi’kmaq Chiefs.

The decision has spurred anger in Grand Bank, N.L., which has been home to Clearwater’s main, year-round clam processing facility for 27 years. A separate plant in Glace Bay, N.S., also sorts and packages some product. The two operations employ 452 people.