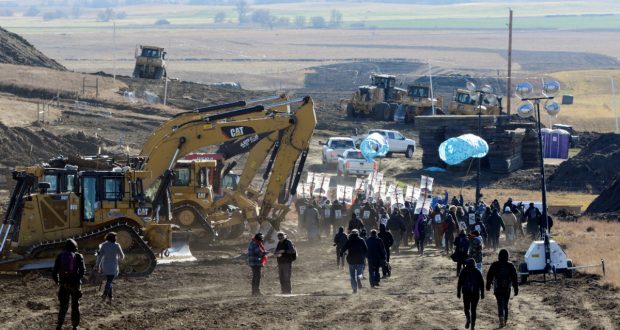 BISMARCK, N.D.-The American Indian tribe leading the fight against the Dakota Access oil pipeline says federal officials are being unco-operative as they complete more court-ordered environmental study of the project.

The Standing Rock Sioux wants a federal judge to order that the tribe be allowed “a meaningful role” in the process. The Cheyenne River Sioux last month made a similar request.

The tribes say they’re being left out of the process. Corps attorneys in their most recent status report filed with the court say they’ve had difficulties getting needed information from the tribes.

If Boasberg grants the tribal requests, it could delay the Corps’ anticipated April 2 completion of the work.